Walter Schindler » Sustainable Agriculture Practices » Agrivoltaics: At the Crossroads of Profitability and Sustainability

Agrivoltaics: At the Crossroads of Profitability and Sustainability

Learn about Agrivoltaics, a technological innovation at the crossroads of sustainable energy and agriculture. 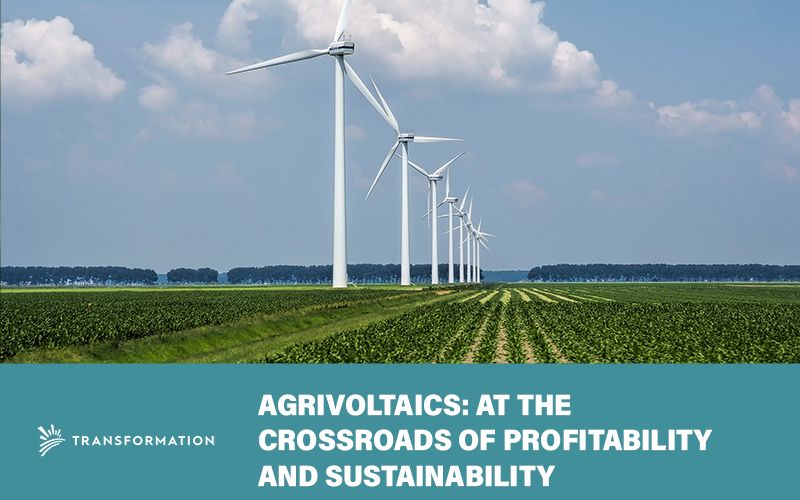 Over the past few decades, food insecurity has grown to be a formidable threat to community safety around the globe, both in developing and developed nations. The onset of the COVID-19 pandemic has limited access and distribution methods in place to mitigate food insecurity, fueling the growth of the problem.

In a study conducted by the World Food Programme, it was found that in a comparison of 50 countries between 2019 and 2020 the population in Crisis or worse rose from 112 to 123 million people. Much of this growth has taken place within the context of conflict, such as Democratic Republic of the Congo and South Sudan, as well as countries struggling under economic falter and drought such as Haiti, Zimbabwe and Pakistan.

This growing concern has been attributed to a variety of factors, with several avenues available for ameliorating the issue. One method which stands out among the rest is the emerging field of Agrivoltaics, a technological innovation at the crossroads of sustainable energy and agriculture.

Agrivoltaics Around the Globe

In reports by the National Renewable Energy Laboratory (NREL), several symptoms of climate change already threaten current energy and agriculture infrastructures. A warming planet, falling precipitation rates, and increasing natural disasters around the globe all jeopardize the reliability of agriculture and energy sources. Unaddressed, the problem magnifies across various aspects of the industry.

Less rainfall leads to increased irrigation, straining both environmental and economic resources. For example, a series of multi- year droughts in South Africa’s Northern and Eastern Cape brought with it a series of supply failures, exasperated by lack of leadership and oversight. Although manageable in times of regularity, in times of drought there are ripple effects throughout larger communities, threatening local economies and trade partners alike.

These consequences could be circumvented and potentially avoided with the use of drought proof technologies produced using Agrivoltaics by creating resilient systems and novel ecosystems. These novel ecosystems, comprised of ground mounted PV installations and co-located agriculture, were tested in their ability to maximize crop yields and produce renewable energy.

During a three-month controlled test, they found evidence which supported these sustainability goals. Among those results included a greater total fruit production and water efficiency, water retainment in the soil, as well as sustainable renewable energy production. In fact, in planting the crops underneath the solar panels (also referred to as a plant understory), researchers found that agrivoltaic panels were cooler than traditional models during daytime hours by approximately 9 degrees Celsius which improved performance. 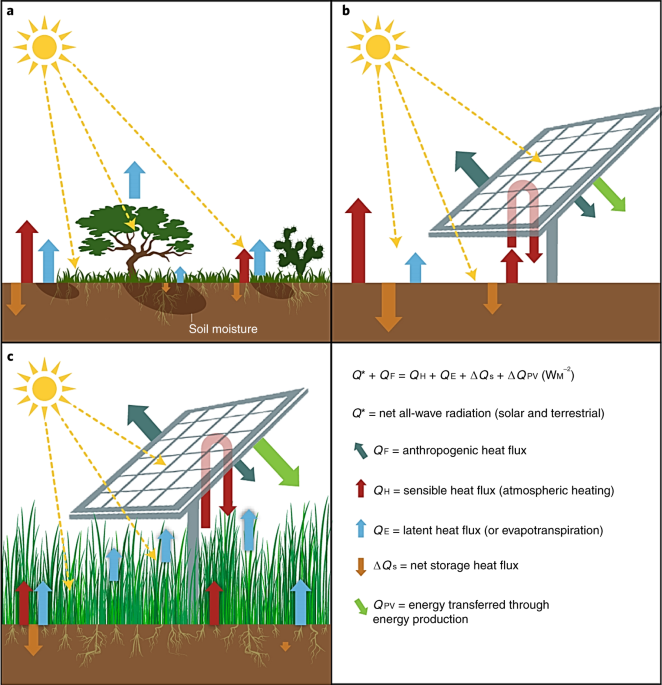 In 2021, agrivoltaics was evaluated in a study by Oregon State University researchers to examine the long-term economic potential. According to their reports, utilizing agrivoltaics when developing land could provide 20% of total electricity generation in the United States with an investment of less and 1% of the annual US budget. This prediction rests upon the economic foundation set by current agri-industry data. In the past few years, food-related energy use has accounted for over 12% of the national energy budget compounded with the estimated 25.2 MJ of fossil fuel energy demand per capita each day.

Agrivoltaics also represent a possible solution for land limitations in developing countries such as Sri Lanka, whose efforts to implement renewable energy sources are often limited by land size. With agriculture representing a significant percentage of their economy, agrivoltaic solutions in Sri Lanka would allow current agricultural land plots to be fitted with a source of renewable energy, rather than straining their already limited land resource supply. As noted in a study by researchers at the University of Peradeniiya, agrivoltaics could even have a third function of rain collection—further diversifying its use in both dry and wet environments.

The potential for agrivoltaic systems to lead to an annual reduction of 330,000 tons of carbon dioxide in a cost effective, sustainable fashion represents a promising solution for scientists and investors alike. When approaching an investment project in the agriculture or energy sector, consider evaluating the inclusion of agrivoltaic systems within the project framework.