Feeding the World With Sustainable Agriculture

As global temperatures soar, over 828 million people lack access to adequate nutrition. From 2019-2022, there has been a staggering increase of 150 million undernourished individuals worldwide due to climate change and its resulting effects on food production methods. 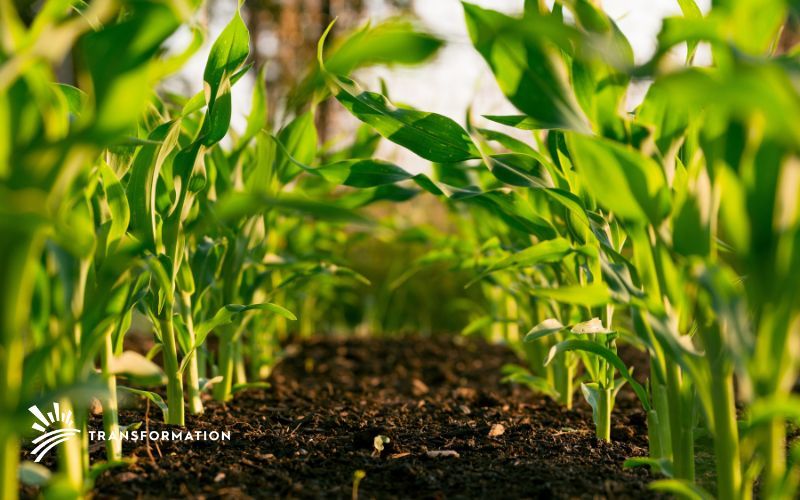 For impact investors and sustainability advocates, investing in sustainable agriculture is an emerging field that offers inestimable potential with a roadmap on how to feed the world today, and in the future. By applying advanced green technologies to traditional cultivation practices, food production can be revitalized for the betterment of both people and the planet.

Despite the global outcry about the need to develop ways of coping with the effects of climate change and global warming, approximately 828 million people still don’t have access to safe and healthy food. Between 2019 and 2022, the number of undernourished people increased by 150 million.

There is a need for governments and non-governmental organizations to work in tandem to develop ways of increasing food production through investing in sustainable agriculture. Greenhouse gas emissions aggravate the effects of global warming by radically changing weather patterns. As well, farmers no longer rely on the conventional seasons to know when to plant or prep their land areas.

Let’s shift gears and discuss ways of feeding the world with sustainable agriculture.

Shockingly, 25% of the food produced for human consumption is either lost or wasted. The food is not only wasted in developed countries but also in the developing countries that are worst hit by famine.

Experts say that reducing food waste by 25% can lower the food gap by 12% by 2050. Actions to be implemented include:

For example, food and agriculture organizations should offer incentives to increase the adoption of solar-powered cold storage units for storing farm produce. These advanced storage units can prevent wastage in areas that don’t have a reliable supply of electricity.

Farmers in developing countries should be empowered with information on using natural compounds to prevent bacterial growth on harvested grains and other farm produce from arable land. Information on how to increase the shelf-life of highly perishable foods will significantly reduce the waste of food in retail stores and distribution warehouses.

Most diets followed by millions of people are animal-based. Consumption of meat products from livestock such as goats, sheep, and cattle can have their own negative effects on the planet. Livestock farming is resource intensive, and increases the release of methane gas, one of the greenhouse gasses, into the atmosphere.

Shifting from a largely meat-based diet to a more plant-based diet, such as the vegan diet plan, can reduce the emission of GHG. Today, some modern restaurants serve 20% to 35% mushroom burgers. These burgers taste similar to regular meat burgers but are healthier and planet friendly.

Overfishing is one of the leading causes of the loss of biodiversity in the oceans. One sure way to reduce this unsustainable practice is by reducing the $35 billion in annual subsidies on global fisheries. Governments should develop better enforcement authorities and certifications to prevent illegal and uncontrolled fishing. It’s reported that better aquaculture management can reduce overfishing by 11-26%.

The debate on whether organic agriculture can sustainably feed a billion people has been raging for over a decade. One of the primary concerns that hinder the adoption of organic farming practices is the low yields.

People opposed to this form of agriculture are of the idea that it’s not possible to feed the world without using fertilizers and other farm inputs. However, research shows that it’s possible to increase food production by adopting modern, environmentally friendly, sustainable food systems.

Improving plant genes also has the potential to boost crop yields without hurting the environment. CRISPR-R is a sustainable food future technology that allows experts to edit the genes of plants to maximize yields.

The high demand for bioenergy poses a danger to food production, thus making it difficult for governments to feed the world sustainably. Due to the demand, bioenergy competes with the food production industry by using up dedicated land that would have been used for agriculture.

Research shows that biomass is an inefficient energy source that eventually results in pollution and the wastage of land. A report in 2000 estimated that utilizing all the biomass harvested across the globe would only meet 20% of the global energy need in 2050.

Stopping the use of agricultural land for biofuel production has the potential to reduce the food gap in the world from 56% to 49%. The first step to making this dream a reality is reducing subsidies on projects geared toward bioenergy. There is also a need to stop categorizing bioenergy as a carbon-neutral alternative source of energy.

Better Management of Water and Soil

Soil and water are the two primary natural resources that influence both crop and livestock production. Degraded soils in large portions of the drylands in Africa potentially account for 25% of the world’s cropland.

Farmers in such areas can get more farm yields by improving the degraded soils. Governments must work with the farmers to develop sustainable ways of improving soil and water.

One way of achieving this goal is agroforestry. Agroforestry entails planting trees in pasture lands and agricultural farms to improve degraded soils. An experiment in Zambia found that planting Faidherbia Albida trees on agricultural land increased maize production by 88 -190% more than the land without trees.

Concisely, improved water and soil management can reduce the GHG mitigation gap by 7% and the land gap by 16%. Actions taken should include more sensitization on harvesting rainwater, agroforestry, and reforms in tree-ownership laws in some parts of the world.

With the global population expected to continue increasing, there is a need to develop and adopt sustainable agricultural practices to increase food production. Feeding the world and food security are real issues. To protect humanity from the adverse effects of global warming and climate change this needs to be addressed. Adopting the above six strategies will increase countries’ potential to feed its population without compromising the environment’s health.

Dana Colson
A researcher and data analyst for many years in the ever-changing world of impact investing and sustainability, Dana Colson now puts her experience to work as the Content Director of Transformation LLC.
Previous post