The Future of Agriculture 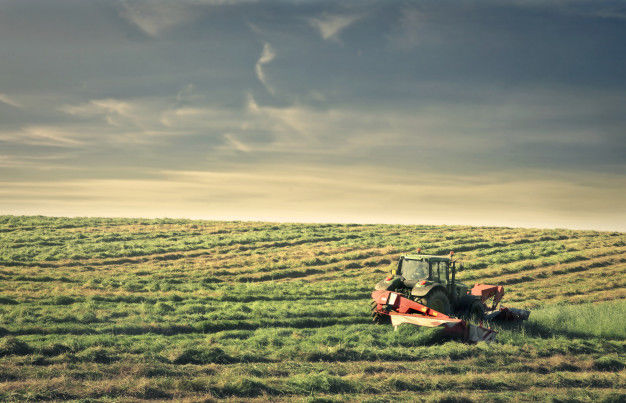 The farm-to-table movement from the early 2000’s initiated more than just demand for food that was locally sourced, organic, grass-fed, or pasture raised; it initiated a movement that at its core was centered around moving towards a more efficient and sustainable food system.

The Evich’s article reports on the meeting this past summer of over 100 farming, agricultural, and big food A-listers who gathered secretly in Newburg, Maryland to have an open discussion about climate change and the future of green farming and agriculture. Politics aside, there was one thing that nearly all the attendees agreed upon: the social, political, and literal climate are all changing, and farmers, Big Food Companies and everyone in between needs to start paying attention and doing something about it.

The Biggest Problems We Face in Food Right Now

Some of the biggest problems facing the outlook on food right now are:

1. Food Loss and Food Waste.
The Food and Agriculture Organization (FAO) of the United Nations reports in 2019 that 14% of all food is lost between harvesting and getting to retail. Earlier estimates suggest that all food loss (from harvest to retail) and food waste (waste by consumer or retailer) is about ⅓ of all global food production, but updated studies are coming soon.

2. Carbon Emissions from the Food System.
Forbes author Jeff McMahon writes in his recent article Why Agriculture’s Greenhouse Gas Emissions Are Almost Always Underestimated that the carbon footprint of food production is even worse than what current reports are saying. McMahon writes that soil carbon, lost carbon sequestration, and fertilizers are some of the biggest carbon polluters that may be worse than we thought. Although this isn’t new news, it raises the question of “how do we do better?” when it comes to providing food to a growing population while polluting the planet less.

3. Food Access and the Obesity Paradox.
While over 800 million people around the world go hungry, 2.1 billion people are overweight or obese. Both sets of people are dying because they’re not well-nourished— a paradox referred to as the hungry-overweight paradox. Those literally going hungry every night due to lack of access to food (due to poverty, or other reasons) lack both calories and nutrients for a healthy life.

4, Quality of Life for Farmers.
With the changing demands of consumers away from meat and dairy, and the damaging effects of climate change related weather challenges like floods, hurricanes, and droughts, the demand for farmers to produce more food sustainably while making a profit is a challenge.

The solutions to these food system issues are essentially in the hands of the attendees at this secret conference. In attendance was one of the Secretaries of Agriculture, Sonny Perdue who remarked “that farmers can’t be sustainable without being profitable and he urged producers to become more engaged with the demands being made by consumers.”

So it seems that the primary solution to most of these problems is first and foremost a discussion among the most important players: the farmers and food distributors/ manufacturers themselves.

Next, is yet another obvious solution: technology. In an effort to preserve the planet while feeding a growing population, the latest technology must be applied from farm to fork as well. The idea of a “smart farm” is becoming less of an ideal, and more of a necessary reality.

The Outlook: What is the Future of Agriculture Looking Like?

Although it points out the negative impact of farming on climate change, this aforementioned Forbes article also states that “we can actually reach carbon neutral agriculture pretty soon, and we can reach it in a way that is profitable for the farmers and for the communities they live in.”

The rise of artificial intelligence solutions around water and crop management, distributed ledger technology for supply chain management, and other technologies like drones and 5G wireless are all going to be key in the future of agriculture. The challenges will be deploying the capital and the people to adapt these technologies in all of the right places.