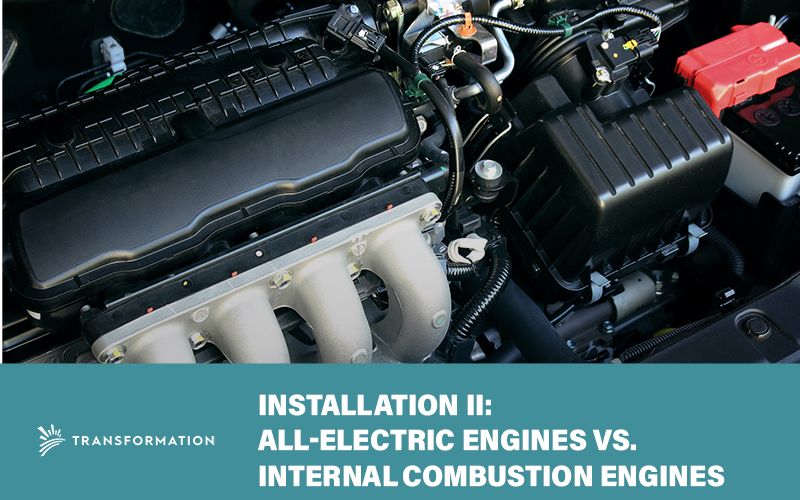 One of the most prominent obstacles facing the electric vehicle industry is consumer and manufacturer concern over cost. From installing charging stations in homes to replacing old batteries, maintaining an electric vehicle in its current stage seems marred with inconvenience compared to the widely used internal combustion engines (ICEs).

However, in breaking down the total costs on an individual and national basis, the benefits cost to benefit ratio seems to favor electric vehicle use in the long run. Comparing traditional combustion engines to recently developed battery-powered technology illustrates the sustainable and profitable benefits of a wide-scale transition to electric vehicles.

How and Internal Combustion Engine Works

Over 250 million vehicles in the United States rely on ICEs for everyday function. However, some consumers are unaware of the processes which propel their vehicles. This is due in part to the complex science which underlies a commonplace appliance. However, understanding this process is helpful in comparing ecological and financial costs to consumers.

ICEs utilize combustion, a basic chemical process in which a fuel and air mixture releases energy. The engine, in which this combustion process occurs, partially converts the explosive energy from combustion into motion (also referred to as “work”) inside a fixed cylinder. An electric spark ignites the fuel and air mixture inside the cylinder, forcing the piston into a downward motion. The cylinder is connected to a crankshaft, which converts the up-and-down motion into a rotary motion.

Through a variety of gears and systems connecting the crankshaft to the wheels, the vehicle is propelled forward. Concurrently, this motion fuels a generator which charges the car’s battery to ensure uninterrupted sparks. Since their inception, researchers and auto industry leaders have invested in technology to improve fuel economy and reduce pollutant emissions.

In recent years, improving highway vehicle fuel economy has been the focus of automotive industry leaders as the best tool of environmental cost-efficiency. Developing advanced combustion strategies such as fuels effects research and cost-effective aftertreatment technologies has drawn a variety of investors from across a broad spectrum to some success. For example, California car makers have made a deal with the state to commit to Obama-era emissions reductions standards despite federal hesitation. These emissions pledges are on a voluntary basis, but show promising initiative from corporations towards sustainable standards.

Despite these investments, ICE vehicles remain a major emitter of the greenhouse gases fueling climate change. However, the costs (and potential savings) per each US auto consumer go far beyond ecological—savings also come down to dollars and cents. Let us break down the numbers for 2020.

In 2020 there were an estimated 227.5 million licensed drivers on the road who consumed 123.49 billion gallons of gasoline total. Each gallon of gasoline burned emits around 20 pounds of atmospheric CO2. This means each driver on average emitted around 10,800 gallons of CO2, with a harrowing national average of 49.1 billion gallons. With a national average of around $2.17/gallon, each driver spent almost $1,200 on gas. (Keep in mind that 2020 was a record low for gas prices).

Regarding ecological costs, in the past five years alone the US has spent around $500 billion on climate related natural disasters. While of course these costs include other sources of CO2 other than vehicle emissions, the potential to carve away at the 49 billion gallons of CO2 via vehicle emissions remains a strong factor for industry investors.

Let us now explore the inner workings of a solely battery-powered vehicle (or EV).

In an all-electric vehicle (AEV), the motor runs on electricity only via a rechargeable lithium-ion battery pack. These batteries essentially circulate electrons between two electrodes, one negative and one positive, which are immersed in an ionic liquid called electrolyte. In an AEV, the battery cells are in individual units connected by an electronic circuit. The ionic liquid can make the batteries quite heavy, so innovations live the solid-state battery (which will be explored in a later installment) are critical to future predictions for range expansion.

The range on the vehicle (or the number of miles it can travel without stopping) vary across models, with the Tesla Models S, X, 3 and Y all sitting at the top of the leaderboard Currents the Tesla Model S boasts around 402 miles per full charge, whilst the Chevy Bolt lists around 259 miles per charge. Some AEVs even harness “regenerative braking”, a process which harnesses some of the energy used when pressure is applied to the break and fed back into the battery.

Keep in mind these variances in distance are parallel to cost: The Tesla Model S for example will run a customer around USD$70,000, whereas the 2021 Chevy Bolt is likes in the $30,000s. Although vehicle costs are still high, studies have emerged illustrating the environmental and economic savings for those who invest in EV technology.

Depending on where a customer lives, owning an electric vehicle can account for significant savings as compared to an ICE vehicle. For example, a comparative study in the journal Joule found that over the estimated 15-year life span of an EV, charging a EV battery can be up to around USD$14,000 cheaper than a traditional vehicle.

However, geography is king in this comparative arena due to close ties with power grid prices and accessibility. For example, the same study found that a similar consumer in Hawaii would spend an additional $2,000 on top of current payments. Gasoline prices also vary greatly by region and time of year. However, savings of such promising amounts if targeted to the right audience could be a jumping off point for regional startups.

As mentioned in the last installation, issues have arisen around both the cost and battery life for AEVs, stalling consumer and corporate enthusiasm. Most electric and hybrid vehicles use lithium-ion batteries as their power source. When used carefully, these batteries can deliver on their mileage promises for up to 10 years (although most companies have a 6-to-8-year warranty).

However, most customers will not fully deplete their battery capacity before recharging at home or at an electric “pump”. Rather, a customer would typically charge to around 80% and deplete to around 20%, thereby using only 60% of the battery capacity. Over time, this contributes to “fading charge acceptance” where the onboard battery management system (or BMS) requires higher charge and lower discharge to meet the driving range. In simpler terms, the battery can no longer deliver manufacturer promises and will be replaced.

Under warranty, replacing a car battery may not seem like a large problem. However, the materials mined for the creation of the batteries are harmful to the environment in their extraction and as a waste product. Metals such as cobalt, manganese and nickel are mined in areas often negatively affected by political and other non-geographical factors and are taxing on local environments.

Battery manufacturing represents the most carbon-intensive aspect of electric vehicle creation, so finding solutions to these issues is critical for an EV future founded in ecological maintenance. To take full advantage of the environmental benefits of all-electric vehicles, progress must be made in the manufacturing sector.

As manufacturing increases, the profitability and accessibility of electric vehicles grows as well. Electric vehicle production is on the cusp of rapid expansion, and technological innovation is leading the charge. There are obstacles to overcome in terms of capacity and emission reduction along the supply chain, but corporations are putting their money on the table towards solutions.

The next installment will explore the future of electric vehicles as told by major car manufacturers. Several companies are hastily ramping up manufacturing power specifically e-vehicle production—and proposing valuations that are sure to draw investors.