Walter Schindler » The Future of Renewable Energy » How Do You Find Your Next Big Energy Investment?

How Do You Find Your Next Big Energy Investment? 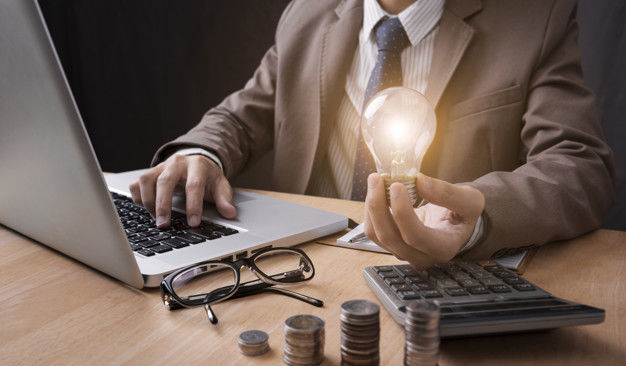 Because the energy space is so large, it’s a challenge to jump into the space. Experience is very important. My first energy investment was the result of serendipity in that I was literally on my first day of work and was asked to solve a problem for a client that no one had been able to solve. The problem was how to bring the first renewable power project developer into an IPO.

Long story short, I solved the problem, drafted the prospectus and we started doing deals. So I now have a large experience base in renewable power projects and alternative energy. During the course of about 35 renewable power project financings, I had the occasion to meet most of the important players in the space and started a career-long practice of cultivating my network in that space.

My next deals tended to come from the network and so I realized the value early on of cultivating the network. I learned that through cultivating the network, I not only got to meet most of the important people, but I had to stay current in all the latest trends in order to understand what they were talking about. As a result I found that networking in energy is not just about discovering deals in marketing, it’s about learning and becoming knowledgeable and insightful about the space.

In addition, you learn a lot of non public information about deals that failed before they reached fruition and you learn about the mistakes that people make that they are not particularly eager to publicize. So that causes you to go even deeper into the network and develop a reputation for trust among the important players.

Evaluate the Overall Trend in the Space

The factors that you should evaluate in looking at a potential energy deal are first the overall trend of the space in which the deal exists, especially the fundamental economics. The best example of that is the famous failure of Solyndra.

This was the beneficiary of an enormous capital investment by the US DOE but failed because the costs of solar panels were then too high. It was assumed the costs would come down in an 18-month period such as they do for semiconductors, but in reality it took much longer. That miscalculation caused Solyndra to fail.

Therefore, even though I didn’t invest in Solyndra, I learned from that experience that it’s important not to invest in a space when the cards are stacked against you. In other words, where costs productions are too high, or there are impenetrable problems with marketing, or any of the other typical obstacles.

Validate that you are surfing with the wave.

The second thing is that the company itself must not only have the best available technology at a reasonable cost, but the company has to have an excellent team that functions as a team. So the second thing I look at is the team, and whether they have a history of working well together. A proven new team that’s never worked together may encounter unseen risks because they have never worked together as a team.

It’s Not Just About the Technology – Marketing Matters

The third thing I look for, specifically, is the strength of the marketing team and the company’s commitment to marketing. It may sound odd, but often there is a tendency in the US to believe that the superior technology will always win and therefore doesn’t require a maximum effort in marketing.

It’s also important to distinguish between marketing and sales and realize the company needs both. Marketing is really the positioning and branding of the company and its products, where sales is the act of selling individual consumers. It’s very important to realize the two functions are different, but necessary.

The most difficult thing to find is a brilliant marketing mind. Where there are many sales people who are capable, very few people have an intuitive sense of how to stamp and image of a product or a company on the mind of the consumer. If marketing can be done currently, it usually leads to spectacular results. The perfect example is Starbucks which doesn’t even have a technology, but it was a new way of marketing coffee, and it was a brilliant innovation.

A big red flag is the company’s inability to create and draft a comprehensive business plan. We are living in a world of very impressive visual slide decks. But they are not the same thing. A business plan has to articulate in detail the corporate strategy, marketing strategy, specific abilities of the team and the documentation of their ability to work together in addition to financial pro formas there have to based on well articulated assumptions that underlie the numbers in the financial pro formas. The business plan has to explain why this company is unique and why it will succeed where others have failed.

Why Energy Investments are Important

Energy investments are more important now more than ever for several reasons. First, energy is the world’s largest market. And, it is experiencing the highest recent disruption in energy, which is occurring through the convergence of technology and energy.

The fact that there is enormous disruption in the world’s largest market caused by technology creates uncertainty and anxiety in the minds of industry players. This is accentuated by the fact that no one knows where the next technology is coming from. As a result, there is a higher perceived risk in the energy marketplace that is justified by the facts.