Energy is critical to every aspect of life. It opens the door to socioeconomic and economic growth, both at the individual level and across entire nations. However, disparities in energy access result in an uneven global response to climate change. The solution? Energy equity. 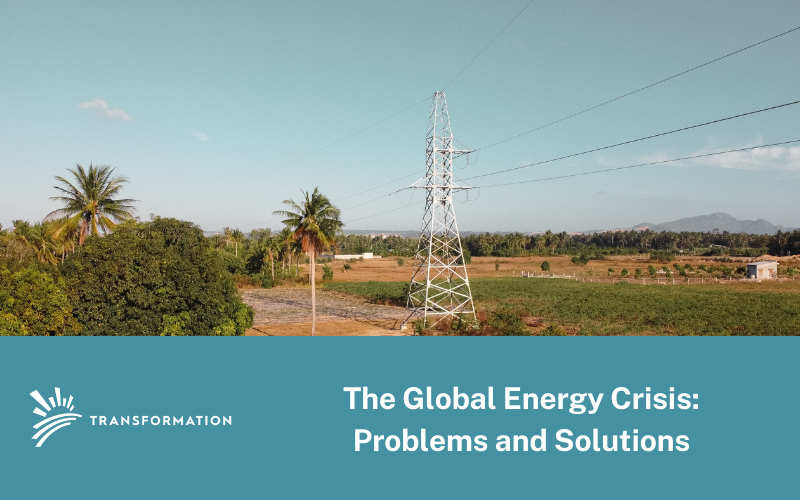 Energy (and particularly sustainable energy) is a critical resource no matter where you may be in the world. It opens the door to societal and economic growth and is one of the most robust paths toward global equity and accessibility. However, vast energy access and development disparities across nations have slowed the global response to climate change. This article will examine some climate and energy-related issues and how particular communities have tackled them.

The United States accounts for over 13% of all global greenhouse gas emissions, placing the country as the second-largest carbon producer. This imbibes the US the responsibility to make significant progress towards cutting these emissions on par with the UN 2030 Climate Goals. Fortunately, it appears that government agencies, at least for the time being, are up to the challenge. In early May of this year, the US Department of Energy (DOE) announced more than $2.3 billion for three efforts to advance diverse carbon management approaches to reducing the nation’s carbon footprint. However, in an important step, these funds are also being put towards creating sustainable jobs and prioritizing community engagement and environmental justice.

The projects intended include geologic carbon storage facilities capable of permanently storing at least 50 million metric tons of captured CO2, equating to around 10 million gas-powered cars taken off the road each year. These projects would be completed by enabling the development of a range of carbon management approaches, including carbon dioxide removal pathways (CDR). Like direct air capture with storage, these CDR pathways remove CO2 pollution directly from the atmosphere, mitigating emissions from sources such as power plants and industrial facilities.

Further, reports show that 2021 was a “breakthrough year” for renewable energy and energy storage technologies, particularly in the solar sector. Storage has been deployed in record numbers through 2021 and the beginning of 2022, which experts have attributed partly to the tax credit structure. Tax credit structures allow individuals, businesses, and even cities to incorporate green energy storage more affordable. The government often waives fees, paying for installation portions or other associated costs. With the government and private sectors investing more heavily in the past year, 4.2 GW of battery storage has been deployed in the US as of May 2022. While the final calculations of energy storage deployments are still being finalized, estimates show energy storage deployments growing 360% during 2021.

Looking at California in particular, in a first for California’s renewable energy sector, on April 30th, the state briefly met 100% of the statewide demand for energy from renewable sources. According to State officials, this amount of power was credited to solar power facilities along Interstate 10.

The Executive Director for Environment California acknowledged that solar energy plays a critical role in California. As technology improves, the state intends for the infrastructure to grow even more comprehensively.

Both national and local governments have the power and opportunity to make significant changes in our battle against climate change. The United States and its various regions are coming up with creative solutions.

Unprecedented growth in capacity additions driven by solar PV in China and Europe has demonstrated renewable energy’s security benefits in the face of market turmoil. Solar, wind, and other renewables increased to a record level globally in 2021 and are expected to grow again this year. This comes on the back of a successful year for renewable energy in 2021, where renewable electricity capacity additions increased by 6% and reached almost 295 GW, despite the logistical challenges and increasing prices spurred by the pandemic and global events.

Although there was a 17% decline in annual global wind capacity additions in 2021, this was offset by an increase in solar PV and growth in hydropower installations. Experts note that the expansion of these energies has also begun to stabilize, which is an important indicator that renewable energy sources are finding permanent footing within the larger landscape of energy.

The rapid growth and stabilization of renewable energy sources are a result of a considerable global push for the implementation of sustainable technologies. There is strong policy support in China, the European Union, and Latin America. In particular, solar power is growing in China and India on the back of strong policy support for large-scale projects which are in fact more affordable than those tied to fossil fuels.

SE Asia’s reliance on fossil fuels has become a significant vulnerability in the current energy crisis. Countries in Southeast Asia are particularly vulnerable to the effects of climate change by their proximity to rising oceans and reliance on high-emission energy as they build up a renewable energy infrastructure.

Issues are exasperated by quickly growing populations. The 10 member economies of the Association of Southeast Asian Nations (ASEAN) are among the world’s fastest-growing, thus a focused transition to sustainable energy would both reduce CO2 emissions and fossil fuel imports while concurrently accelerating universal access to clean energy. Moreover, a transition to clean energy is also imperative by the predicted increase in energy demand in the region.

Based on current policies, energy demand in Southeast Asia is predicted to grow around 3% a year to 2030, with ¾ of that increased demand being met by fossil fuels. Consequently, the region’s CO2 emissions would grow by 35% from 2020 levels. Without stronger policy action, the region’s net oil import is poised to multiply rapidly should high commodity prices continue.

Among the 20 member states of ASEAN, nine aim for net-zero emissions by 2050 or later. However, a crucial aspect of these goals is receiving adequate funding for upcoming projects. As a research analyst from ACE notes, “proper fiscal mechanism[s] for providing green recovery packages in the post-pandemic [years] are expected to hold a crucial role in bouncing the economy back while still aligning it with climate goals”.

Though these statistics are distressing, the ASEAN Centre for Energy (ACE) expects Southeast Asian countries to expand renewable energy deployment and has crystallized their plans through recent climate pledges. For example, the latest figures from ACE show that ASEAN countries had a 13.9% renewable share of primary energy and a 28.7% share of power capacity in 2019. In Indonesia, two floating solar plants (one 40 MW power station at a Krakatau Steel facility and another 145 MW station in Circata, West Java) are due to come online this year.

All of this to say that looking from a different perspective, those countries most at risk of the deleterious effects of climate change may actually become the cornerstones for mitigating both local and global damage.

We face a global energy crisis that at times may seem insurmountable, and even where it does not, reliance on fossil fuels appears to feed the climate crisis behemoth. But with entrepreneurship and investment on part of businesses and national and local governments, there are creative solutions available that can attack both issues simultaneously.

Lea Goldstone, Research Analyst
Lea Goldstone is currently pursuing her J.D. at Loyola University of Chicago School of Law. She hopes to incorporate aspects of integrating sustainability and impact into a future career in international business and development.
Previous post