Walter Schindler » The Future of Renewable Energy » Where Does Our Energy Come From?

Where Does Our Energy Come From?

Find out where our energy comes from, how that's changing, why it needs to, and how you can help. 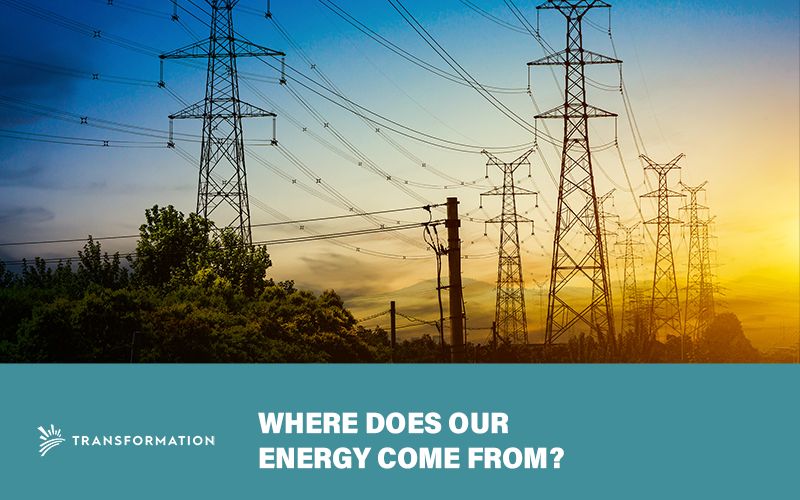 Where does our energy come from? Have you ever wondered? Most of our daily activities are dependent on the consumption of energy. Whether it is a trip to the grocery store, running the dishwasher or using the television, our modern standards provide us with plenty of comfort and convenience. However, these privileges come at a high price for the environment.

The primary energy source in the US and in most other countries in the rest of the world, continues to be fossil fuels such as petroleum, natural gas and coal. When fossil fuels are burnt to produce energy they release greenhouse gases. These gases trap heat in the atmosphere and are responsible for global warming. The world’s energy consumption causes two thirds of greenhouse gas emissions according to the European Environment Agency.

In order to properly address climate change and achieve the Paris agreement we need to shift to clean energy. Law-makers and activists around the world are stressing the importance of energy sources that are cleaner, more efficient and sustainable. Renewable energy is energy that is created from sources that naturally replenish themselves and never run out.

Renewable energy is using the power of the sun, wind and water to create clean energy. In the US renewable energy accounts for approximately 17% of the national energy consumption. However, the sources of energy vary from state to state.

The seven cleanest states in the USA

On a global scale Iceland is at the top of renewable energy production and is able to provide almost 100% of its energy from renewable resources. The unique landscape of the country allows for the production of hydropower and geothermal energy.

In Norway 98% of the country’s energy is produced from hydropower as well as wind and geothermal energy.

Where does our energy come from?

As shown above, the majority of our energy still comes from petroleum, coal and natural gas, but the world is slowly moving toward renewable, sustainable options. The production of renewable energy has become more important than ever and cannot be stressed enough. The world’s energy use has skyrocketed in the past years. Considering that still almost 1 billion people in the world do not have access to electricity, finding a sustainable solution to our energy crisis must be a priority.

Join with Transformation Holdings in finding, and investing, in those opportunities for a better world.