There are several barriers to wind power worldwide, ranging from environmental concerns to regulatory hurdles to cost issues. How can impact investing reverse the cons? 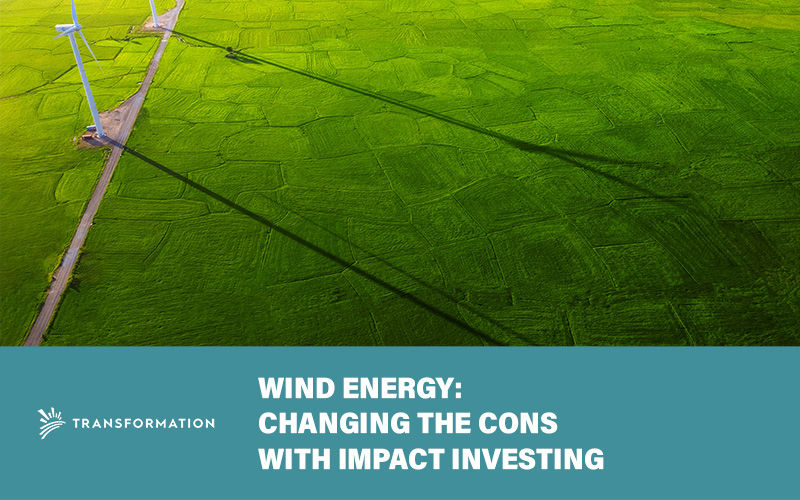 The massive wind industry has attracted the support of governments, NGOs, investors, and consumers over the past few decades. Wind development is increasingly seen as having a significant role in tackling climate change and reducing air pollution.

However, there are several barriers to wind power worldwide. These barriers range from environmental concerns to regulatory hurdles to cost issues. Wind energy has been criticized as a new form of corporate welfare with taxpayer-funded government subsidies.

A key issue is the social and economic impacts, as wind power has sometimes been forced upon communities that don’t want it. Impact investing aims for financial returns and social benefits.

One example is community power: the idea of providing residents with the opportunity to invest in wind farms near their communities. Community power matters because the wind industry is often accused of lacking a human face or relationship with people in affected communities.

1. Dangerous to Some Wildlife

Wind farms are sometimes seen as having a significant impact on how fast birds migrate and the local food chain, which can threaten species. In parts of the United States, rare birds have been sighted that typically only arrive in spring and leave in autumn; this is becoming more frequent.

A major issue with wind farms is their high upfront cost. When governments decide to develop wind farms, they often fund a good cause, such as pollution reduction or renewable energy generation. However, costs for wind farms can be very high.

Onshore wind prices can be more than double the cost of traditional electric power generation at similar capacity and output levels. Wind power from offshore sites may also be much more expensive than onshore due to the extra costs associated with building and maintaining floating platforms as well as shipping them across the ocean.

One of the major issues for anyone considering wind power is its unreliability. The wind is variable and unpredictable, which means that the amount of electricity that a wind farm can generate on a given day is hard to estimate. This can lead to fluctuations in supply and electricity prices, which may cause problems for grid operators and energy trading firms if not properly managed. Weather forecasting techniques are being improved so that wind farms can better predict what will happen during the next 24 or 48 hours of operation.

Wind turbines can be loud enough to cause a problem for people living or working nearby. Most modern wind turbines have cut down on the amount of noise pollution and shadow flicker (the effect when the blades cast quick-moving shadows on land around the turbine), but these issues can still be problematic for people living near wind farms. Sound-dampening materials can reduce noise pollution from turbines, and shadow flicker effects are minimized by wisely locating the wind farm.

Impact investing uses private capital to create a positive social or environmental impact alongside a financial return. Impact investing actively removes some of the barriers to wind energy development, helping to improve its image and allowing more projects to be approved.

1. A Way Around Picking Winners and Losers

While government subsidies and tax breaks can help to encourage investment in wind and other renewable energy sources, it is also important to support many companies over the long term. Therefore, to ensure that there is enough supply globally, any reduction in subsidies should not be made at the expense of jobs or investment, as some critics have suggested.

Impact investing aims to reward companies like wind farms that provide social and environmental benefits as well as create a financial return for investors. This means that projects and companies that are regarded as having a higher social or environmental value may be able to attract investment funds. This can help propel new wind farms in areas with high demand but low supply. It also forwards the opportunity to find ways that mitigate the current problems with wind farms.

A key part of the impact investing strategy is ensuring that people and wildlife are protected from harm by wind turbines. Because wind farms are so large, they can attract attention from animal predators, especially raptors that hunt animals at night. Moreover, to stop this wildlife-killing, it is important to install the tallest possible fences around wind turbines and to plan for wildlife surveys before a wind farm is built.

There are legal requirements to protect land around turbines from being disturbed or damaged by construction or maintenance works. The guidelines for these areas can be found on the zoning details of the project and must be adhered to. By investing more in wind as a renewable resource, we can find ways to further reduce the negative impact on the surrounding ecosystem.

One of the biggest issues that wind power companies face is community opposition to wind farms. Impact investors have successfully brought the benefits of wind energy closer to communities through community power projects. This can help to gain the support of local people, who are often the most critical stakeholders in a wind farm’s development.

Community power projects aspire to give local communities the chance to own a stake in their local wind farm. The ownership can lead to big benefits for local people, such as financial returns and also positive social impacts. This makes it easier for communities to accept the construction of new wind farms in their area.