The Importance of Mentorship at a Young Age 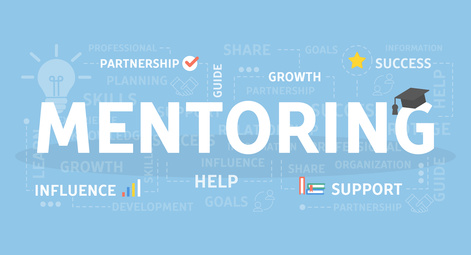 I’ve had several great mentors throughout my academic and professional careers, including three world-class mentors at Yale — Maynard Mack, George Lord and Yaroslav Pelikan (the eminent historian of the Eastern Orthodox Church) — and Archibald Cox at Harvard Law School. But the most important mentor in my life was my first — Sister Clementine from my primary grammar school, St. Dominic’s in New Orleans, LA.

Sister Clementine was a Dominican Nun who taught me in fourth grade.  At the time, I didn’t think much of the experience, and then she was appointed the Principal of the school at the beginning of my 6th grade. Then, as I worked my way through 6th grade, I discovered that I had developed an unexpected problem with my 6th grade teacher,  who was the only teacher there who was not a priest or a nun.

This lay teacher unexpectedly one day asked to meet with my parents at my home.  This was the first and only time in my life that a teacher said that he wanted to meet with my parents at our home. When he arrived, he said in front of me that the purpose of meeting with my parents was to persuade them to remove me from the school because I was a discipline problem, and that my test results showed that I didn’t belong in the school.  As a straight A student, I was shocked to hear this, and of course my parents were confused as well. A few days later, I was suddenly called out of the classroom to meet with the Principal, Sister Clementine, in her office.

She said to me, “Do you know that your teacher wants to have you expelled.  Do you know why?”

I said “No, I think it’s because I sometimes talk during class.”

She said with surprising frankness:  “No, he wants to expel you because your IQ is much higher than his, and he is very upset about that.  But rather than punish him, we can take care of him by not renewing his contract. But you on the other hand are someone I’d like to work with in the following way: because he will be here the rest of the year, I’m going to tell him that you’re punished for talking during during class and that you have to stay after school every day and come to the convent for penance. You’ll come under the guise that you’re doing “penance hall” but in reality I’m going to mentor you in the art of how to take standardized tests. Please come to the convent every day after school, and I’ll teach you what you need to know.”

So for the rest of my entire 6th grade year, I went after classes to the convent of St. Dominic’s School, and Sister Clementine explained to me “you’re going to be my guinea pig – you’re going to take tests and tests every day and I will correct them and and in the process you are going to learn how to take standardized tests……an important thing in today’s world.”

I said “Sister Clementine, what is it that makes you think that I don’t know how to take tests?”

She said, “We’ve been administering many of these tests to your class as an experiment and your individual test results are impossible – you get a perfect score in everything except reading, which you flunk. It’s impossible for anyone to get perfect scores on every test, yet have a flunking grade in reading. The reading tests says you don’t know how to read, but you’re getting perfect scores in all the other tests – it’s impossible and we need to get to the bottom of it.”

What Sister Clementine did was true commitment:  she spent a year of her life working with an individual soul  — me — not because she liked me personally (although she did appreciate the fact that I was the early morning altar boy at the convent), but because she understood how to have permanent impact on a young person of promise who needed help that would change his life.   By helping me, she taught me the value of mentorship as much as the art of taking tests. And she taught me how to create long-term solutions to difficult problems.

But more important than the skills, Sister Clementine taught me the value of having a mentor at each stage of one’s life.   So when I was a student at each of my subsequent schools — Jesuit High, Yale and Harvard — I had already developed a radar for identifying great mentors.  And that made all of the difference ! Thank you, Sister Clementine !