How Technology and Farming Has Helped Our Planet

Over the past 12,000 years since our ancestors developed agriculture - a critical technology that allowed for complex civilizations to flourish - humanity has flourished too. 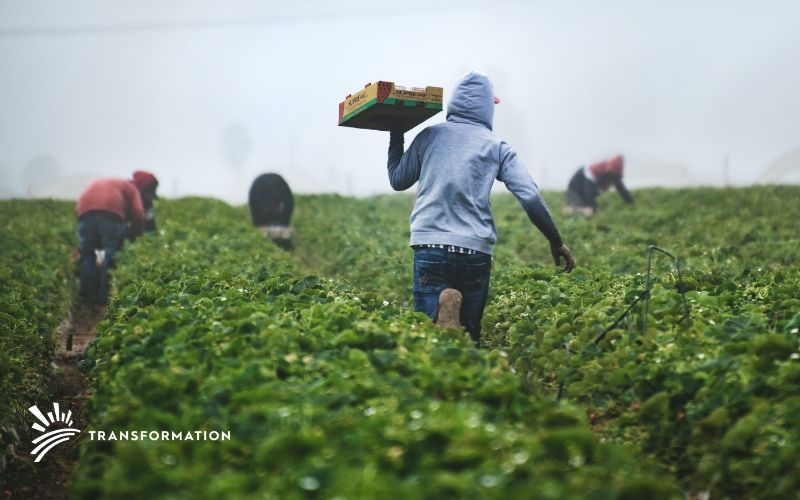 For centuries, agriculture has been the backbone of civilization and human progress. With advances in technology, more efficient growing techniques and equipment, as well as smarter farming practices, farmers have made huge strides toward sustainably nurturing our planet.

Humanity has exploded since our ancestors developed agriculture (from Latin, meaning “field growing”) around 12,000 years ago and spurred the Neolithic Revolution. The global population recently surpassed 8 billion (8,000,000,000), and ancient technology has helped us survive the growth.

While it may be an ancient technology, it is a technology nonetheless, and agriculture radically changed human history. It allowed for complex civilizations to blossom and the development of the world as we know it.

The rapid growth engendered by the agricultural industry has also contributed to our current crossroads. Today, we face not only the climate crisis but the prospect of 10 billion mouths to feed by 2050. The direction of our technological innovations in agriculture moving forward will prove vital to the future of the human species, our planet, and all other life forms we share it with.

A Brief History of Agriculture

Agriculture enabled a (relatively) reliable stream of food, freeing humanity from the hunter-gatherer way of life. In the early days, before the emerging technologies of today, agriculture saw the development of cereal and root crops. This allowed people to have nutritious products and services while sustaining foods with less need for hunting.

The history of agriculture and crop production as we know it is also the history of animal domestication. Dogs helped with the hunt, and sheep and goats were good for milk and meat, as were cattle and pigs. Later on, our ancestors domesticated oxen to help with vital tasks such as plowing, pulling, and transportation.

The primary benefit of agricultural production was that it allowed for surplus food production. This extra supply enabled farmers to make money selling it or to obtain other goods through trade. It also allowed for greater protection in the event of crop failure.

Moreover, agriculture meant that people became less nomadic, instead staying close to their crops. This was the beginning of villages, then cities, and the development of ancient civilizations (such as that of Mesopotamia, which saw the beginning of written history around five thousand years ago).

The Industrial Revolution and Genetics

The Industrial Revolution, which historians often date as the period from roughly 1750 to 1850, led to further dramatic changes to agricultural practices. Prior to this time, farm laborers would work from sunup to sundown, usually six days a week. With the development of agricultural technology, such as Jethro Tull’s seed drill and horse hoe, less human labor was needed, meaning that many farm laborers migrated to cities for industrial work. Ultimately, it meant more food with less work, enabling humanity to continue growing at an increasingly rapid pace.

Around the twilight of the Industrial Revolution was another key development: genetics. Gregor Mendel’s studies on heredity in plants in 1866 inspired an entirely new field of genetics. This solidified the science behind selective breeding and led more farmers to take up the practice, creating better and more reliable crops. As we will see below, genetics helped set the stage for biotechnology and genetic modification.

The Green Revolution and Biotechnology

Thanks to Mendel and other scientists, the somewhat random experimentation of our ancestors gave way to more well-informed agricultural decisions. In the post-World War Two economic boom (1945-1965), new strains of high-yield wheat and rice were developed and introduced around the world. This is sometimes referred to as the Green Revolution.

With these new high-yield strains, however, certain problems arose. They tended to require more powerful, chemical-based fertilizers, as well as irrigation and pesticides. Not only are these out of reach for many farmers in developing regions, but the need for a variety of tools and techniques was unreachable in their supply chain. High-production crops placed greater stress on native species, which are also affected by extreme weather events.

The Green Revolution thus gave way to genetic modification. Companies genetically modified seeds that would enable the plants to resist certain herbicides or pesticides more readily. Farm animals have also seen drastic changes compared to our ancestors. For example, corn causes acidification of a cow’s digestive system, making a bacterial infection such as E.coli more likely. To combat this, antibiotics are given, which has helped create more antibiotic-resistant bacteria in both cows and people.

Of course, genetically modified organisms (GMO’s) are quite controversial. As we can see, the law of unintended consequences has been at work with each new development. Yet it cannot be denied that the Green Revolution and biotechnology have been great business decisions for many globally. This was also true with previous technological developments in agriculture that greatly contributed to combating world hunger and enabling rapid population growth.

The Future of Agriculture and Our Planet

Technology, including one of its most ancient forms, agriculture, has helped humanity grow tremendously. But how has it affected the planet? Irrigation and crop rotation of multiple crops helped improve soil conditions. Natural fertilizers gave way to chemical fertilizers with more nitrates and phosphates to enhance crop yields. These products, however, have disrupted ecosystems, often harming not only agricultural pests but many other species as well.

We would not be here without agriculture, that much is certain. But if we want to ensure that our species and all other life on the planet can continue to thrive, we must proceed carefully with technology and farming to help prevent, or at least mitigate, issues such as topsoil degradation and contamination, ocean acidification, and reduced biodiversity.

So long as we prioritize the health of ourselves, nature, and the planet at large, agriculture and its latest technological developments do not have to be harmful. We can and should aim for more sustainable agriculture, one which will help reduce world hunger, limit the possibility of pandemic outbreaks, and combat climate change.

The possibilities are promising. With the advancement of technology, scientists have improved access to data, and environmental pressures can be better mitigated. Data analysts are looking for better data analytics from a variety of data sources to improve data collection, including real-time data tracking. This will better enable agricultural scientists to increase crop yields and crop protection, grow food through indoor vertical farms, and generally create a stronger, more resilient food system for all.