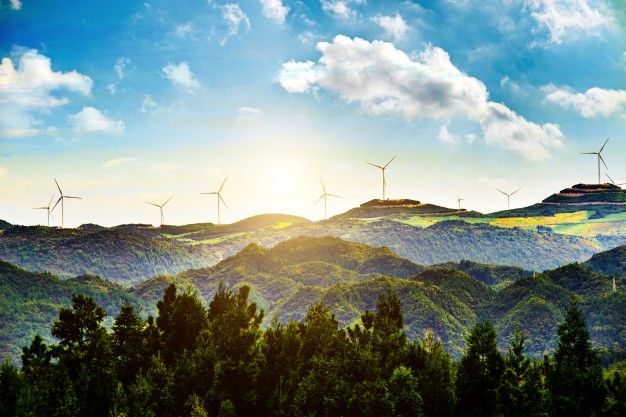 “I’d put my money on the sun and solar energy. What a source of power! I hope we don’t have to wait until oil and coal run out before we tackle that.”

It is widely known and understood that our global society has been excessively dependent on fossil fuels. The world uses over 35 billion barrels of oil every year, which has led to rapid depletion of natural resources, pollution, and all types of inefficiencies that are ultimately harming our earth secondarily, harm to human health. It’s estimated that we’ve consumed over 40% of the earth’s oil, and that the planet’s oil and gas will be exhausted in 50 years. Coal will likely be depleted in this century (Federico Rosei and Renzo Rosei, Ted Ed).

We know all this, yet we’re still slow to implement “clean energy.” One of the main reasons for this is due to the costs associated with switching to renewable sources of energy. No matter if the long-term solution will be less costly in the end, any type of infrastructure costs money up front.

Chris Frewin defines renewable energy as a consumable energy produced from sources that will replenish in a human’s lifetime, such as wind, solar, geothermal, tidal, and hydropower. These are the “Clean Energy” sources are as opposed to non-renewable sources, for instance: fossil fuels.

The main types of renewable energy:

Sarah West from Nature’s Path rounded up the most developed technologies:

1. Solar Power – the energy delivered from the sun to the earth’s surface in an hour is enough to produce energy to the world’s population for a whole entire year and can be obtained by using solar technologies.

3. Hydroelectric Power  – Water is a great source of kinetic energy, similar to the sun and wind, water can be converted from kinetic into electrical energy through turbines that generate electricity from moving water. Dams are the primary generators of hydropower, though it has its great advantages, it can also lead to significant disadvantages. For instance, it is evident that they have the capacity to create emission-free energy, however, if not planned properly, they can be sources of pollution.

4. Geothermal Power – Geothermal power plants allows steam to move through turbines to generate electricity, however, there are only a few places across the globe where power can be harnessed from geothermal pockets on a higher level.

5. Tidal Power – The growing scientific developments in tidal energy is designed to produce clean electricity from the ocean’s energy. Presently, there are already a small number of infrastructure in existence. For example, the barrage in Brittany, France that creates electricity from turbines – although it is an efficient source of electricity, barrages require high-cost development and maintenance.

In order to achieve optimal efficiency, solar panels must be located in areas that have abundant sunlight all year round, such as deserts which are unfortunately at great distance from highly-populated areas that are in need of energy  (Federico Rosei and Renzo Rosei, Ted Ed).

Cost is another concern when it comes to transmitting electricity—the power lines and infrastructure needed to move electricity from where it’s generated to where it’s consumed. Wind and solar farms aren’t all sited near old non-renewable power plants. This means that new systems need to be set up. Other barriers to renewable energy include market entry and political/government support (Sarah West).

Is Renewable/Clean Energy Cost Effective in the Long Run?

Any new type of infrastructure will be costly to implement, but the real question is what is the cost effectiveness of renewable energy for the long run?

“The cost of renewable energy is now falling so fast that it should be a consistently cheaper source of electricity generation than traditional fossil fuels within just a few years, according to a new report from the International Renewable Energy Agency (IRENA),” (Forbes).

Here are where the costs have decreased, according to IRENA:

The report also states that these costs will continue to fall over the next few years, and by 2020, we should have onshore wind and solar PV projects delivering electricity at $0.03 per kWh.

Adnan Amin, director-general of IRENA, says a significant shift is underway in the energy sector. “These cost declines across technologies are unprecedented and representative of the degree to which renewable energy is disrupting the global energy system.”

Because of this, the demand for renewables has increased across the board, bringing more resources and capital to the forefront of renewable implementation and innovation. The more we continue to build out renewable projects, the more cost effective they become for the long term.