Solar Energy: A Solution to Our Energy Problem?

The world population is increasingly growing and the demand for energy is higher than ever before. Is solar energy the solution? 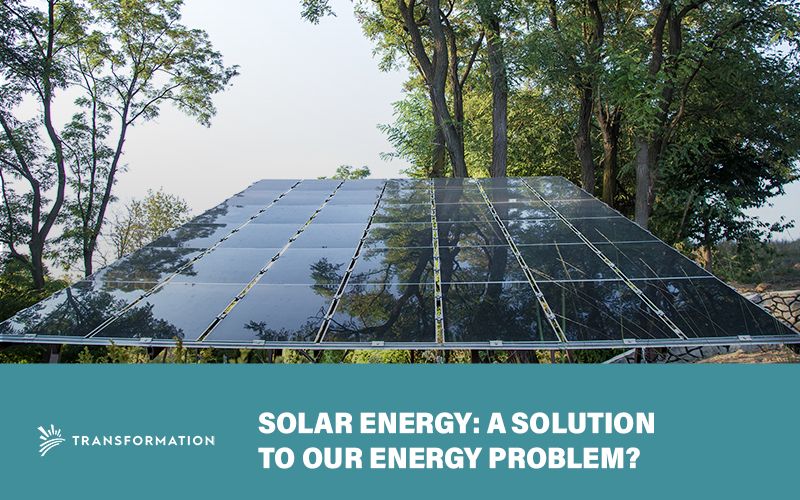 For our daily activities to run smoothly, most people in the world are dependent on energy. According to the U.S Energy Information Administration a household in the United States consumes approximately 11,000 kWh energy per year. However, in 2016 it was estimated by the World Bank that 940 million people still did not have access to energy.

And while for many of us it’s simply a given that refrigerators keep our foods fresh, water instantly heats up when we shower, and our air conditioning keeps us cool in the summer and warm in the winter, we should pay attention to where our energy actually comes from.

Energy is the largest source for greenhouse gas emissions

According to the European Environmental Agency “about two thirds of global greenhouse gas emissions are linked to burning fossil fuels for energy used for heating, electricity, transport and industry”. The world population is increasingly growing and the demand for energy is higher than ever before.

In order to mitigate climate change and its tremendous effects on our planet, we need to find alternatives to fossil fuels.

Solar energy as an alternative

Solar energy is the most abundant energy on earth and solar power is on the rise. It is a renewable energy source that is already widely used as an alternative. Over the years solar energy has become more affordable and accessible in the United States and is now economically competitive with conventional energy sources in several states such as California, Hawaii and Minnesota.

Moreover, solar energy allows for a potential reduction in electricity bills depending on direct hours of sunlight and local electricity rates. In addition, solar panels are long-lasting and require only minor maintenance. Most reliable solar panel manufacturers offer 20-25 years of warranty. Solar energy is accessible anywhere in the world and we will not run out of it unlike other energy sources.

A new design of solar panels allows us to collect energy in both the rain and sun. These so-called all-weather panels allow any homes, no matter the geographic location, to produce electricity for their home. During rainfall the solar panel generates electricity from the force of the rain falling on their surface.

Lastly, solar energy can be used for diverse purposes. You can generate electricity (photovoltaics) or heat (solar thermal).

However, the storage of solar energy is expensive and solar panels tend to take up a lot of space.

Join Transformation Holdings in finding, and investing, in those opportunities for a better world.