What is Clean Green Technology?

This article will introduce the concept of clean green technology, explore some of its possibilities for businesses around the world, and discuss several beneficial investments currently available for sustainable investors. 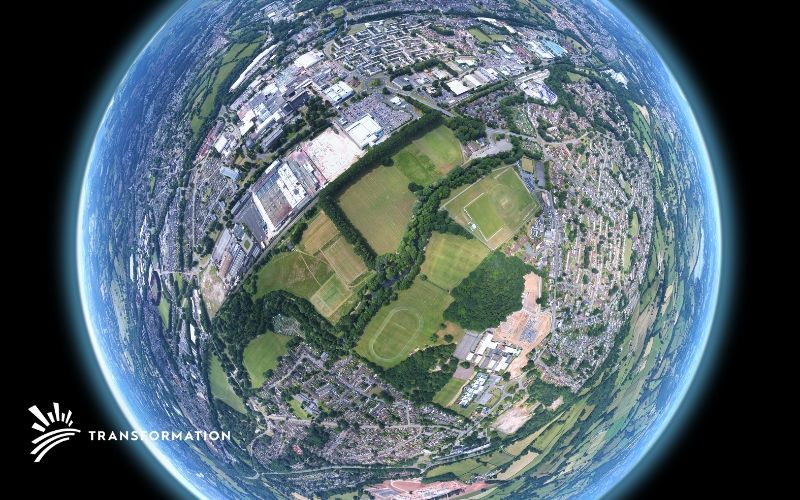 If you want to make an impact on the environment, clean green technology offers numerous opportunities to invest in environmental sustainability while potentially earning significant returns.

Global warming and climate change introduced us to a new reality. A new reality where the entire world is experiencing an increase in temperature, shifts in weather patterns, and new seasons. The adverse ripple effects and broad range are no longer felt in developed countries but also in developing countries.

Even though green technology is still in its infancy stage in most countries, it has the potential to reduce production costs by providing affordable, environmentally friendly, and renewable electricity.

The main objective of embracing green technology is to protect the environment from further damage while repairing the damage already done. Using concentrated solar has been cost-saving, and one of the more successful technologies we have. More importantly, we’ve been able to conserve the available natural resources for the current and future generations while reducing costs and generating electricity for our bottom line.

The clean energy produced through green technology is a safe alternative to traditional sources, and the demand for this sector has never been higher. With its emissions-free advantages in addition to answering global calls for action against environmental destruction, clean tech continues to prove itself as an invaluable force of nature.

Green technology is quite broad as it encompasses different facets of the environment. Today, carbon emissions, climate change, oil production, air pollution, are global issues and a concern for governments and non-government organizations such as the United Nations.

Here is an overview of the different types of green technology and the environmental impact associated with them.

Alternative energy refers to the energy produced without using natural resources that cause more harm than good to the environment, such as fossil fuels. Businesses and organizations that are conscious of the environment’s health have invested heavily in technologies that enable them to generate solar and wind energy.

The U.S. government is keen on encouraging the adoption of alternative energy sources across the country. The efforts are bearing fruit, as evident from the vast array of affordable solar panels in the market. There are also plans to construct more wind and solar power plants to increase the production of this form of clean energy.

Did you know that 33% of greenhouse gas emissions in the U.S. are from the transport industry? The National Environmental Protection Agency is working on developing ways to reduce emissions to reduce the country’s carbon footprint and ward off the effects of global warming.

Car manufacturing companies are working on reducing emissions by developing more fuel-efficient engines. One of the innovations is the electric vehicle powered by rechargeable batteries. The batteries have a long shelf life and can store energy for extended periods – you don’t have to recharge them every couple of hours.

The only downside of this environmental technology is that the vehicles are not 100% green, as most power grids rely heavily on fossil fuels.

For electric vehicles to be considered green, the product services and processes that lead to the manufacture of the vehicles should not pollute the environment.

Recycling refers to reusing products instead of disposing of them in the environment. For example, plastics can be recycled and used to make new products. Other products that can be recycled through the use of green technological innovations are metal waste, paper, and glass.

Concisely, recycling reduces the rate at which natural resources are exploited, thus reducing the degradation of the environment. For example, recycling paper helps to combat deforestation, while recycling plastic eliminates the need for landfills and prevents pollution through burning waste plastics.

Conventional livestock and crop farming have significant ramifications on the environment. Excessive use of pesticides and fertilizers results in soil, surface, and underground water pollution. Methane gas from large livestock farms contributes to the greenhouse gasses in the atmosphere, thus aggravating the effects of global warming.

Green technology has been proven effective in preventing these negative effects by changing farming processes. One of the technologies is organic farming techniques that reduce the emission of methane gas, prevent soil degradation, promote sustainable use of natural resources, and recommend switching from meat-based to plant-based diets.

Carbon capture is a new set of green technologies that aim to reduce and remove the amount of greenhouse gasses in the environment. They aim to achieve this goal by capturing the gasses from the atmosphere or at the point of combustion.

The technologies are yet to achieve tangible results and are still experimental. They are widely popularized by the fossil fuel industry, with experts confident that the largest modern carbon capture facility can absorb up to 4,000 tons of CO2 annually.

Even though this amount is small compared to the global annual CO2 emissions, it’s a step in the right direction if fully implemented and replicated globally.

Production of green energy is a primary goal for businesses and organizations looking for alternative fuels. You can protect the environment from degradation by embracing the following forms of green energy sources.

The Future of Green Technology

The world can no longer continue to rely on fossil fuels for the production of electricity. Luckily, governments and companies in the energy sector are aware of the harmful effects of using fossil fuels and have started shifting to green technologies. They are constructing mega solar power farms and wind turbines that consistently produce a massive amount of clean energy.

Concisely, the future of green technology is hinged on how governments, organizations, and businesses will learn to invent, develop, and apply the technologies in their daily processes. Note that more people are gravitating towards green products and services. The future is Green!