Walter Schindler » Investing in Water Technology » Expansion at the Poles: Impacts of Growing Shipping and Tourism

Expansion at the Poles: Impacts of Growing Shipping and Tourism

Interested in Arctic shipping industries? Learn the reasons it's critical to monitor the developments of opening waterways. 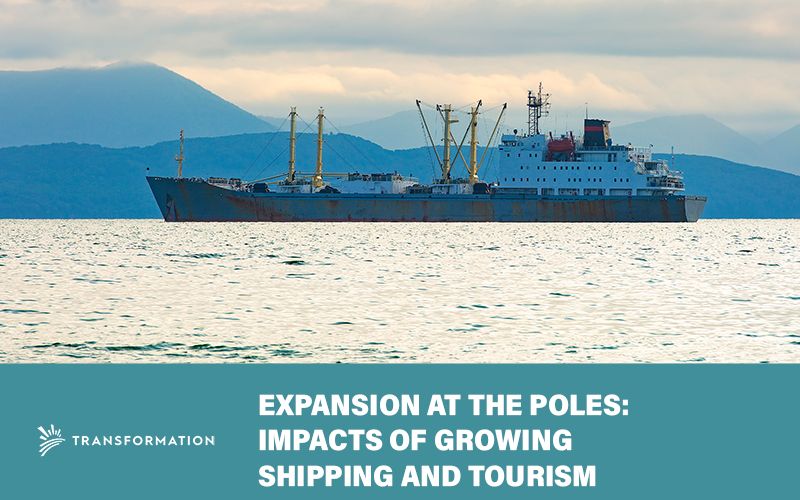 The Arctic and Antarctic have been in the spotlight of climate change research for decades due to their sensitivity to atmospheric warming. That pattern continues to the present with Antarctic tourism and Arctic shipping, but now with a tone of both caution and opportunity.

As climate change melts the perimeter ice of polar regions, it opens passageways to shipping and seafaring opportunities previously limited to a few summer months. Warming temperatures are now keeping waterways open months past the traditional summer season. The expansion has sparked a number of revelations, with different parties marking their opinion on a vast spectrum, ranging from ominously negative to glowingly positive.

Investigating these observations highlights important aspects of this contemporary climate-based issue and underscore the need for further research and analysis in this arena. For the communities and industries which rely on the Arctic bodies of water, this issue is of great relevance as we enter the next decade.

According to a report by the International Association of Antarctic Tour Operators (IAATO), more than 56,000 people traveled to Antarctica during the 2018-2019 touring season, which represents a 53 percent increase from 2014-2015 data.

While this jump in interest in Antarctic tourism has opened job availability and expanded opportunities for polar communities to improve economically, there is a great level of environmental concern which accompanies such booming numbers of tourists.

This is an important issue to watch as a large proportion of Arctic tourists arrive via cruise lines. Cruise lines have historically struggled to control the negative environmental impacts accompanying the trade, such as releasing diesel and contaminated sewage into waterways. For example, in 2018 Princess Cruise Lines Ltd. was given a $40 million dollar criminal penalty for deliberate pollution of waterways.

While this successful legal action showed the strength environmental protection agencies, the long-term ecosystem damage is much harder to amend. It should also be noted that this was only for purposeful pollution. It is estimated that nearly 100 million gallons of petroleum products are accidentally leaked each year.

Prior to the COVID-19 pandemic, the number of visitors had been estimated to increase to 85,000 people per season, breaking all records of visitation. The increased demand has strained the 46 current tour operators who, operating under a treaty from 1959, are attempting to showcase the region while upholding the sanctity and “untouched” nature which draws their customers. While COVID-19 has currently stalled the industry, reports of a vaccine possibly available in 2021 keep the issue critical for contemporary study.

In April of 2019, Russian President Vladimir Putin expressed interest in expanding Russia’s shipping ventures in light of expanded waterways via Arctic melts. Russia utilized two of its existing trade lanes in outlining their plans, including the Petropavlovsk-Kamachatsky route on the Kamchatka Peninsula and Murmansk route on the Kola Peninsula.

This declaration was not made without reproach, as Canada and the United States have also been keeping their sights on Arctic shipping opportunities opening up, particularly of the Northwest Passage. Their interest has arisen out of estimates claiming that the Northwest Passage could in the coming years become a viable regular shipping lane. In a report from the Polar Research Institute, 32 shipping vessels carrying 20 million tons of cargo made the route in 2017 and 2018. This followed an increase in mining and resource exploration in the region, doubling the amount of traffic from 2015 and 2016.

With the economic incentives presented by an opening market, it is predicted that there will be substantial territorial disputes over the use of shipping routes. As per a report by the BBC, Russia intends to use the passageway to improve the economy in northern territories, whereas Canada would redevelop current infrastructure to provide access to the region.

The uptick in international interest in utilizing these passageways has attracted the attention of environmental conservationists, who worry about similar damage being done to Arctic freight passageways as has been recorded of Antarctic waterways. Additionally, the freight industry presents unique problems such as nonuniformity of waste handling protocols and accidental spillage. With the countries seeking to access the resources currently “agreeing to disagree”, the collective vision for preventing accidents and controlling is less than transparent.

The expansion of Arctic and Antarctic waterways offers a fascinating and puzzling challenge for nations around the globe. Many countries are currently working to fight the negative effects of climate change on the Arctic poles, but also seek to explore advantages of the effects already in motion.

With increased access to these precious resources comes increased responsibility for those who use them, and the lack of international consensus concerning environmental or industrial use could delay access to the economic benefits. For these reasons, it is critical for those interested in the Arctic shipping industries to continue monitoring these developments.