Recently, large areas of the globe have experienced unprecedented heat waves, which have contributed to existing droughts. The US has seen particularly high temperatures over the past few decades, with both frequency and duration increasing year by year. 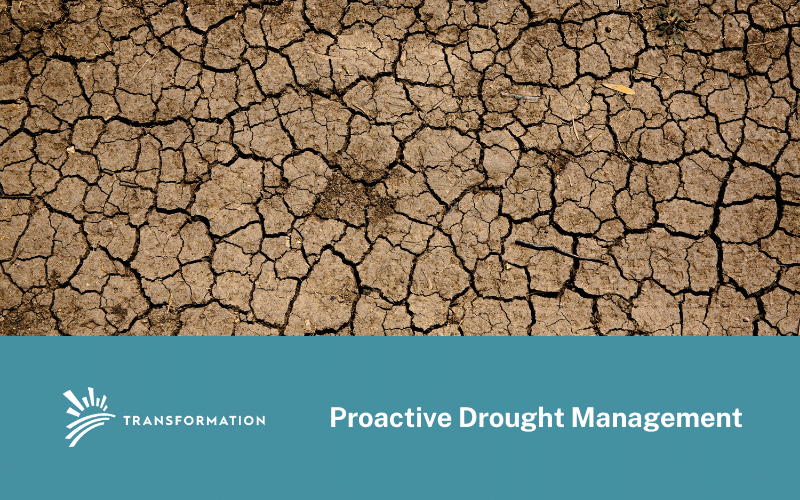 With the summer in full swing, lay people and experts alike are concerned about potential droughts. The US in particular has experienced historical heat levels over the past few decades, with both frequency and duration increasing year by year. Rising heat levels generally have caused and exacerbated existing droughts, expounded on by sudden heat waves or other weather events.

While these events affect all people and industries which experience them, agriculture is the primary and most drought-affected sector.  As noted by the Food and Agriculture Organization of the United Nations (FAO), direct impacts of drought include reduced crop, rangeland, and forest productivity, reduced water levels, increased fire hazards, reduced energy production, and many more detrimental effects.

In light of these emerging patterns, groups like the FAO work to implement effective drought policies and subsequent plans of action. These range from emergency response planning, building resilient infrastructure within vulnerable sectors, and implementing effective monitoring and early warning systems. This article will explore some of the ways both private and public entities have responded to these ongoing challenges, and what experts have to say about the future of drought management.

As noted by the National Resources Defense Council (NRDC), regenerative agriculture “asks us to think about how all aspects of agriculture are connected through a web” rather than a linear supply chain. Regenerative farming is an oppositional philosophical response to the industrial agricultural system currently used by Western supply chains, which contributes to droughts, soil erosion, and environmental toxins among other detrimental effects. There are 5 core principles of regenerative farming: (1) Soil Armor, (2) Diversity, (3) Continual Live Plant/Root, (4) Livestock Integration, and (5) Minimizing Soil Disturbance. Those using regenerative farming philosophies break down the barriers between crop and livestock farming (barriers solidified in the 50s and ’60s) and reintroduce a more natural relationship between animals, plants, and the overall biome in which agriculture is harvested. Rebuilding the relationships between animals and the land fosters better nutrient cycles, and sustainable water retention, and creates natural means of pest control.

Small and large industry players alike are working to implement regenerative farming principles into their businesses. For example, in 2021 PepsiCo announced a 2030 goal to employ regenerative farming across 7 million acres of land, approximately equal to its entire agricultural footprint. Estimates state that this implementation would eliminate at least 3 million tons of greenhouse gas emissions (GHG) by 2030. This plan comes among several other agenda aims and will continue to work with farmers across 60 countries to build climate resilience and improve or restore ecosystems. For example, PepsiCo has already implemented techniques to plant cover crops on over 85,000 acres, seeing a net reduction of up to 38% of GHG emissions including soil carbon sequestration.

Pepsico is not alone – companies like Walmart, Kering, and General Mills have also taken on their own regenerative practices under the umbrella of 2030 goals.

Though private sector initiatives are powerful in their own right in battling drought, private-sector strength is in tandem with public sector regulations, incentives, and oversight. The US government has recognized in particular that addressing drought crises not only supports farmers but Native Tribes and local communities as well. Earlier this year, the White House created an Interagency Drought Relief Working Group (IWG) in order to conduct cross-agency research to develop and build climate change resiliency regarding droughts. On June 1st of 2022, the Biden-Harris Administration released the IWG Summary Report outlining the actions taken up to this point to improve vulnerable communities’ strength against droughts in the short and long term. The President has also recommitted to strengthening the National Drought Resilience Partnership, which focuses on building long-term drought resilience.

Though private industry often sees federal bureaucracy as an impeding rather than empowering force, when the two come together in a common goal the effects are not only sustainable in substance but in practice. Working with the government opens access to national research databases, and national and international experts, all of which address a common challenge to climate-based solutions – longevity.

Looking to the future, experts have identified a few key areas in which water use can become more sustainable and drought-preventative. Having an extensive water infrastructure, in light of increasing drought conditions policymakers and businesses are utilizing new monitoring technologies, like automated water metering in order to carry out their strategies. In a study done through UC Santa Cruz, which used hourly data on household water consumption, researchers found that intervention with such technology reduced household water use by 31% – compared to 3% for home water reports. Other experts recommend collaboration across sectors to replenish groundwater. Since groundwater resources, particularly in coastal states like California, are becoming stretched to their limits by demand, some teams are developing methods to recharge over-pumped aquifers and improve water quality. Andrew Fisher, a professor of Earth and planetary sciences at UC Santa Cruz states, “As climate change transforms our hydrologic cycle, new approaches are needed, such as novel tools, methods, partnerships, and ways of thinking about groundwater and connected aquatic systems.”

Drought is a critical issue not only for coastal states, or even just the United States but the global community. By investing in regenerative private business, taking advantage of government programming, and keeping an eye on the future, we can truly make a difference in how the world experiences droughts in the face of climate change.