Top 5 M&A Failures and How to Avoid Them 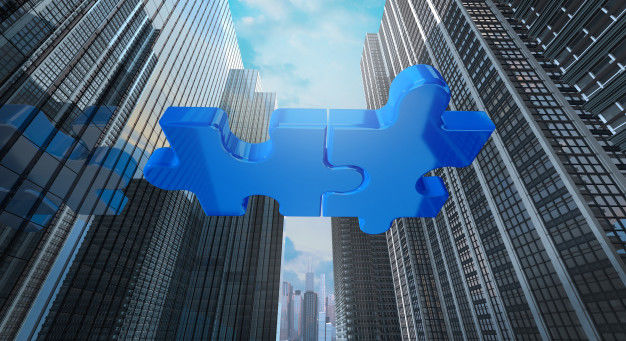 A merger or acquisition can be an intelligent move for companies who want to grow larger, acquire intellectual property, or increase revenues. However, it’s common for companies to get carried away in the excitement of a merger, and not take all the proper steps. Therefore, there is a very high M&A failure rate (70-90% according to Harvard Business Review).

As a corporate lawyer, I’ve been the lead adviser on over 60 Mergers and Acquisitions and have experienced many challenges and had my fair share of lessons learned. I was a natural closer and closed 100% of the transactions that progressed past a signed letter of intent.  But some were extremely difficult and some had to be resuscitated after semi-fatal shock.

In order to help others avoid the most common mistakes, I’ve described below my top 5 M&A mistakes and how to avoid them:

Mistake #1 – Not Making the Post-Merger Integration Plan a Priority

The single most important aspect of a successful merger or acquisition is typically the one thing that people think of last in the process and often forget completely: the plan for post-merger integration of the acquired company with and into the acquirer.

It’s sort of like people who plan to get married, but don’t think about their children. The reality is that very few companies have been successful in Merger and Acquisition programs because of this single failure to consider post-merger integration.

The reasons are unfortunately easy to understand. Post merger integration sounds boring compared to the excitement of merging two companies together and creating a future. Post merger integration is successful when there is an immediate transition of the company name after the merger takes effect. And the follow-through in employee relations campaigns must be swift and confident. The most successful post merger campaigns have been led by GE and CISCO. Very few other companies have been consistently successful in M&A because they did not have post merger plans.

If you think about it, there is no point in doing an acquisition if you can’t integrate the new company into your existing world.

The second problem is the “people problem.” The people that make up the two companies coming together have never worked together, and are filled with mutual suspicions and concerns. Each employee is concerned that someone from the other company is going to take their job. Unless there is an aggressive promotion of the merger to show that it is good for everyone, the merger will be bogged down with the trials of human suspicion.

Mistake #3 – The Honeymoon Period “Fake Out”

The third important truth is that one reason people don’t think of this problem is the honeymoon period. There is always a 6 month period following where everyone is surrounded by the euphoria of what appears to be a successful acquisition. When the honeymoon phase is over after 6 months, that’s when things fall apart. Therefore, prior to commencing a merger or acquisition, there must be a well-orchestrated plan for integration.

The next problem that people do not anticipate, is that very seldom have companies properly documented their intellectual property. Everyone assumes that the other company has properly filed all patents and trademarks. However, intellectual property law is a very confusing area and there are implications in the choice of protection for IP.  It’s a different type of legal protection to have a patent or a trade secret or a trademark, and there are pluses and minuses in each area.

It’s rare to find a company that has carefully thought through their IP situation. As a result, acquiring companies can often find they’ve acquired IP that is legally defective. That creates all kinds of problems, including personnel problems.

Comprehensive due diligence is very important, but often not done properly. Often times, assumptions are made that turn out to be shallow or false. For example, when the target company is headed by someone with a great record in a certain area, sometimes there is a failure to do due diligence. Yet often a person who may be strong in one area may be weak in other areas.

In other cases, a company may often fail to do due diligence on a major shareholder because the company is grateful for the capital that the shareholder has brought. That makes it possible for someone with capital from an illegal source to have improper influence over the company. Therefore, due diligence must be comprehensive.

One of the challenges in today’s world is that people are more mobile than ever. It’s not unusual to find people who have lived all around the world and traveled a lot across borders.  Doing real diligence on these people is a lot of work and very expensive. Executives are so cost conscious that often they don’t want to incur the necessary expense.

As a result, mergers and acquisitions should be undertaken only by those that understand the true cost of doing it right.