Walter Schindler » The Rise of impact Investing » Breaking Down Blockchain

“Blockchain” is a common buzzword among new-tech and disruptive technology investors. But what is it, and how does it work? 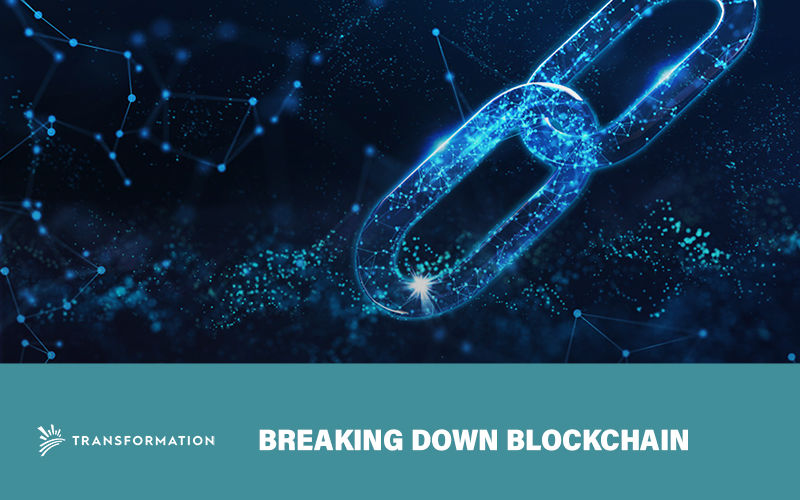 “Blockchain” is a common buzzword among new-tech and disruptive technology investors. Most often associated with cryptocurrency networks like Bitcoin or Ethereum, blockchain technology has potential on a wider scale. This article will break down the processes which make up a blockchain network and explore scenarios in which blockchain can facilitate greater sustainability in business and beyond to provide for a better understanding of blockchain technology.

History: The Origins of Blockchain

Blockchain technology is still considered to be in its infancy (part of a “quiet revolution” per the Harvard Business Review), with some mystery surrounding its conception. Although described for the first time in 2008 in the context of Bitcoin by an obscure entity named Satoshi Nakamoto, Stuart Haber and W Scott Stornetta invested in the concept of a “blockchain” in 1991. The cryptographers published a paper describing their invention, an append-only data storage system utilizing hash values for documents and storing them with timestamps.

Infamously used in World War II by Axis and Ally powers as a means of masking transmissions, cryptography is a method of coding communications such that only the contributor can understand and process the information. These coding mechanisms are a system of mathematical calculations and rules, processed through a series of algorithms, which generate cryptographic keys representative of the input data.

These keys (immutable information + digital timestamp) are then represented by a hash value. These hashes are the main element of security in a blockchain. These complex factors all come together in a deceptively simple way – these hash values, collected together and processed by multiple actors, are collected on a distributed ledger, also known as a “blockchain”.

What makes it a “chain”?

As the list of information on the distributed ledger grows, the individual pieces are grouped together in blocks of data (“blocks”) over previously specified periods of time.

For example, a particular ledger may look like the following:

This information is then collected into a “block” and verified by several outside entites. This verification step is where “data miners” come into play.

Data miners (which can be an individual or an entity with large scale computing capacity) analyze data blocks looking for specific trends and patterns. This process requires a significant amount of computing power, as the data sheets of compiled hash values from which the miners receive their information are lengthy and often require advanced artificial intelligence programs to analyze.

The crux of blockchain’s advantage compared with centralized banking lies here: if the information within the hash value has value is changed at all, the entire code will change. Before a “block” can be added to the blockchain, all network participants must reach a “consensus” that the information on all their distributed ledgers matches. Once a block is verified, it becomes integral to the base chain and cannot be altered without altering the entire chain.

In other words, committing fraud by changing, duplicating or manufacturing data is not feasible.

The benefits of blockchain can be applied to a variety of fields, including sustainability. One growing arena of overlap between blockchain and sustainability is the trade of carbon credits.

Measuring a companies’ relationship to carbon emissions and pollution mitigation is notoriously difficult, creating obstacles to making a standard platform. Standardization will be critical to the success of carbon credits as tool of tangible impact.  If applied to the trade of carbon credits, blockchain could be the tool to bridge this information gap by accurately and securely measuring carbon output, calculating fair carbon credit values, and ensuring fair pricing mechanisms via a standardized platform. This happens through the connection of manufacturing/production entities to businesses via a transparent and accountable system.

ClimateTrade, a startup based in Valencia Spain, is one example of a company offering the service benefits of blockchain to businesses and individuals hoping to mitigate their climate footprint via carbon credits. The company utilizes their own Climate Credit Marketplace, creating a transparent and streamlined way for businesses to connect to high quality, verified projects.

Blockchain can be a complex and intimidating subject to approach, particularly as a potential business tool. However, a deeper understanding of its mechanisms highlights its potential to provide security, transparency and efficiency—particularly in the universe of sustainability.