Walter Schindler » The Rise of impact Investing » Installation I: The Rise, Fall and Reascent of Electric Vehicles

Installation I: The Rise, Fall and Reascent of Electric Vehicles

Interest in electric vehicles is growing, but at a pace that is inconsistent with corporations’ and governments’ goals to meet carbon reduction quotas by 2030 and beyond. 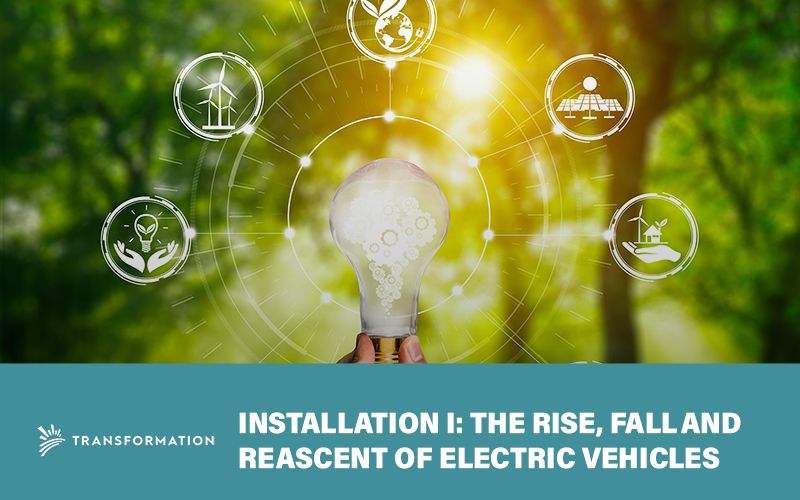 History of the Electric Car 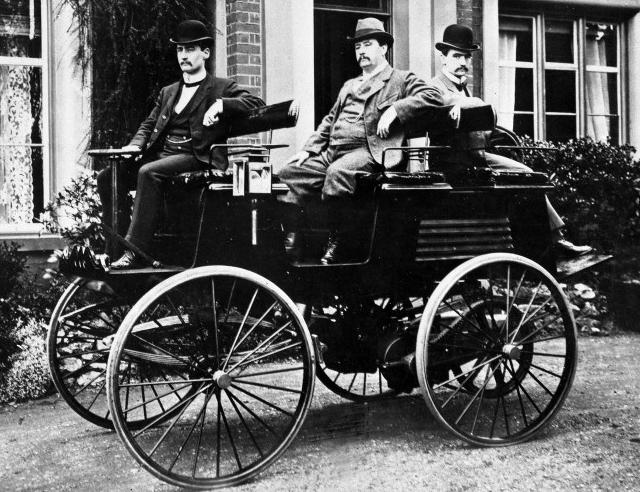 The birth of electric cars often associated with the technological boom of the 21st century. However, electrical vehicle (EVs) use actually experienced a surge in popularity in the early 1900s as gasoline had yet to take its position as the preferred technology. At that stage historically, few cars could travel more than a few miles out of an urban setting, and the growing electrical infrastructure of cities favored electric vehicles over gas powered. However, following the discovery of crude oil in Texas in the 1920s and the introduction of the mass-produced Ford Model T, electric vehicles faded from the market by the mid-1930s.

Fast-forward to the 1990s, where renewed appreciation of environmental threats of carbon emissions (exemplified through the 1990 passage of the Clean Air Act Amendment and 1992 Energy Policy Act) carried in tow interest in electric cars once again. GM’s EV1 represented a beacon of potential, as GM stepped out against competitor criticism to produce a street-ready fully electric vehicle.

Modeled to be a commuter car, the sleek and futuristic two seater quickly won a cult following. However, high production costs matched with competitors’ introduction of hybrid long running vehicles left the EV1 as an interesting, but impractical, example of electric vehicle use. Only at the turn of the 21st century would electric vehicles begin their ascent into everyday conversation at the hands of a few key players. 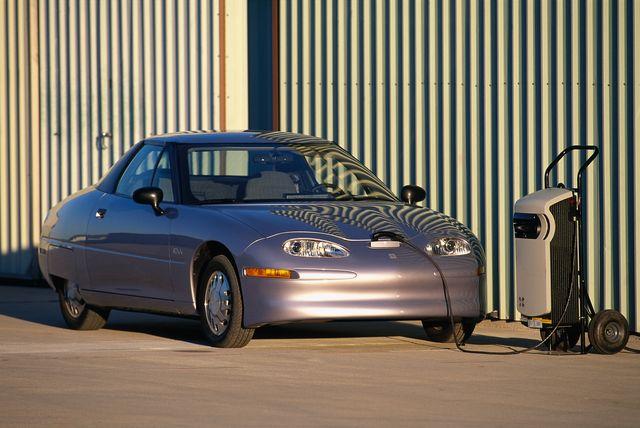 The Rise of Tesla

In 2006, a little-known Silicon Valley startup named Tesla Motors introduced a luxury electric vehicle which could travel up to 200 miles on a singular charge—revolutionary in comparison to previous debuts. The project held such promise that in January of 2010, Tesla received a USD$ 465 million loan from the US Department of Energy towards developing a vehicle manufacturing facility. Thus, the Tesla Model S was born.

This model was the first of its kind to be zero-emission, zero-gas, and full sized—and allowed Tesla to pay off their loan nine years early. While Tesla’s designs still limited output to a luxury audience, other vehicle manufacturers identified potential for electric innovation to spread to a wider market, spurring production of other all-electric vehicles and hybrids. 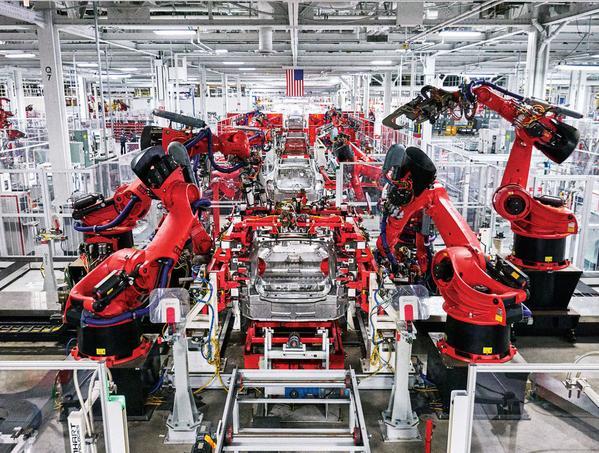 What spurred Tesla’s success in the wake of decades of failed projects? Ultimately, the quality and exclusivity of Tesla vehicles and parts seem to be the driving factor of Tesla’s unequalled success. Unlike previous car manufacturers, Tesla marketed its vehicles as luxury from their inception, creating a vehicle which challenged preconceptions of a “muscle car”, sported innovative features such as front and rear trunk space, and autopilot modes.

In 2012, the US Energy Department invested another $115 million towards building 18,000 residential, commercial, and public charging stations for EVs across the country. As of 2021, there are over 40,000 charging stations now installed nation-wide. Investment in building EV-friendly infrastructure happened under the assumption that with more accessibility, car brands would jump on the opportunity to build new all-electric or majority-electric vehicles.

Electric vehicle sales have stagnated at around 2% of the car purchasing market to this day, with Tesla Models 3 and Y dominating the small market. Electric models put out by more affordable brands, such as the Nissan Leaf and Chevy Bolt, are far eclipsed. While this trend can be evaluated through a few factors, the technological limitations of the batteries themselves seem the most significant point of apprehension for potential EV consumers. Several issues plague the lithium-ion batteries currently relied on for EVs—but solutions are emerging on the horizon.

Lithium-ion batteries lose their carrying potential over time. As the most expensive aspect of owning an EV, consumers are wary to invest in technology that they would need to replace on a semi-regular basis. Similarly to the frustration experienced at a weakening phone battery, the inconvenience and added expense is simply not viable for the majority of Americans.

Size is also an issue. Weighing in at close to 1,400 lbs and made with environmentally taxing elements like cobalt, nickel and manganese, the manufacturing process takes its toll on the carbon cutting benefits of zero engine emissions. While companies which issue the batteries claim to recycle them,  significant waste still plagues the process; only around 5% if all spent cells are recycled in the US. Where recycling methods are falling short, companies like Rivian are revolutionizing the industry altogether with new tech.

Rivian, a US automaker and auto-tech company, was recently seeking engineers for the creation of a solid-state battery. If successful, these solid-state batteries will be a game changer. The chemical structure of a lithium-ion battery requires liquid electrolyte to move electrons between positive and negative electrodes, creating a significant hurdle in bringing down the weight and size of each unit. (Details of this process will be explored in future series installations).

In theory, solid-state batteries would condense the medium of electricity to a lighter weight and add an estimated tripled holding capacity. Solid-state battery research has been gaining traction in EV-related industries in the 2010s and beyond but has yet to be perfected by any one entity due to high development expenses and the infancy of the market (compounded with uncertain future projections of EV consumption). However, the investments made by Rivian and others in the future of this technology represents a renewed EV interest strong enough to pull both public and private investors into the second half of the century.

The road to wide-scale use of electric vehicle use is being paved slowly but surely by visionary innovators and investors who see potential in EV technology. The next installation will compare the economic and environmental costs of EVs to ICEs (internal combustion engines) to illustrate the future of EVs as a lucrative and sustainable alternative.