Climate change has severe long-term consequences for our planet, but some countries have sustainability as a top priority. Learn how following them could lead us to a better world. 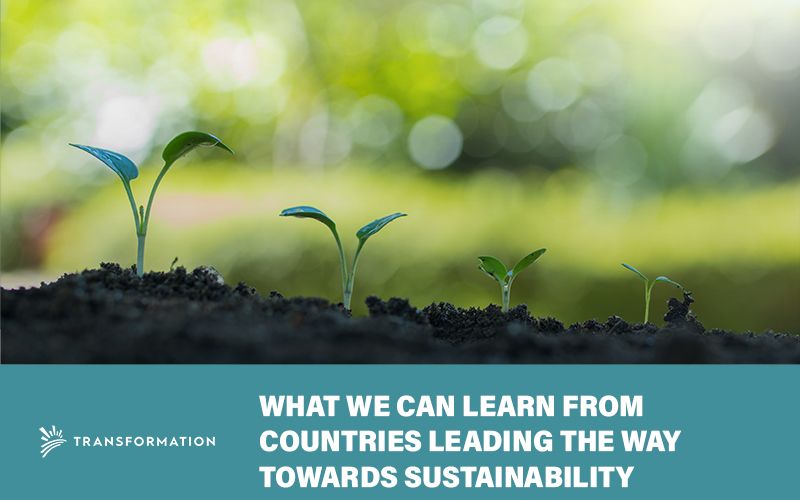 Climate change has severe long-term consequences for our planet and ultimately the well-being of humans. It is our everyday activities that are the main contributors to climate change, and it is therefore our responsibility to take action now and reverse the effects of global warming.

Climate change is a continuous process but the effects of it can’t always be seen immediately. For many it is still a difficult concept to grasp and they don’t know how to make changes accordingly.

Therefore, it is important for governments and those of us who are understanding of the severe consequences, to take initiative and lead with a positive example. Politicians are under pressure from millions of people around the world calling for action and a long-term solution to our emissions problem.

Scandinavian countries were one of the first to have adopted climate policy frameworks and are, as of now, the most sustainable countries in the world.

What is Climate Change?

The world’s population keeps growing and the United Nations World Population Prospects predict that in 2055 the number of people living on earth will reach over 11 billion. With that, our resource consumption is at an all-time peak.

We have increasingly burnt more and more fossil fuels such as crude oil and coal. When hydrocarbon fuels are burnt, for example, to power factories, cars and airplanes, they release CO2.

Scientists agree that human activities are responsible for the increase in the concentration of carbon dioxide in our atmosphere, intensifying Earth’s natural greenhouse effect.

According to climate.gov “the annual rate of carbon dioxide over the past 60 years is about 100 times faster than previous natural increases, such as those that occurred at the end of the last ice age 11,000 – 17,000 years ago.”

How Can We Make a Difference?

Acceptance is the first step to recovery.

While each individual person has a responsibility to take action and to be conscious about the resources they use, in order to make real change we need game changing individuals and investors with vast resources to listen.

It is going to take the best minds, the most influential organizations, and a great amount of capital in order to make changes that are not only sustainable for the earth, but also economically sustainable.

They are also at the forefront of sustainability.

The United Nations Climate Change initiative states that “cities consume over two-thirds of the world’s energy and account for more than 70% of global carbon dioxide emissions”. According to the World Population Projection nearly 70% of all people will live in cities by 2050. Hence it is now more important than ever to figure out how to grow cities sustainable.

All over the planet, cities are dealing with the impact of global warming, such as catastrophic hurricanes, flooding and melting ice caps. To counter these and other dangers, architects and engineers from the Nordic countries have come up with new innovative solutions.

Copenhagen is aiming to become the first carbon neutral capital by 2025. Carbon neutrality means that the city will create more renewable energy than dirty energy out of burning fossil fuels. The goal is to achieve a net zero. Copenhagen’s goal is to focus on mobility, pollution and energy. New technologies are being used to accelerate the transition to carbon neutrality.

Improving the energy use makes up about 80% of Copenhagen’s carbon neutral plan. The city has one of the world’s largest and most successful district heating systems. It works by using a network of pipes to capture leftover heat from electricity production. The system then delivers that heat to homes across the city. 99% of all households in Copenhagen are linked to that system.

Copenhill is the cleanest waste to energy plant in the world, which turns the city’s garbage into heat and power. One of the most remarkable things about it is that it is designed as a man-made mountain. People can hike up Copenhill and there is even a dry ski slope on the roof. It was designed by Danish architects to create a dual use for the building, and build a connection between people and the concept of renewable energy.

In order to achieve long term sustainability, every individual needs to be aware of their actions and their impact on the environment. But also businesses and investors must develop better ways to assess social and environmental impact.

At Transformation, our aim is to help our clients capture extraordinary opportunities at the inefficient frontiers of agriculture, energy, and water. By integrating the latest technologies with sustainable innovations, clients achieve lasting profit, while maximizing system efficiency and impact.