Carbon offsetting by use of carbon credits has been a 21st century staple of corporate efforts to limit carbon emissions in a cost-effective manner. 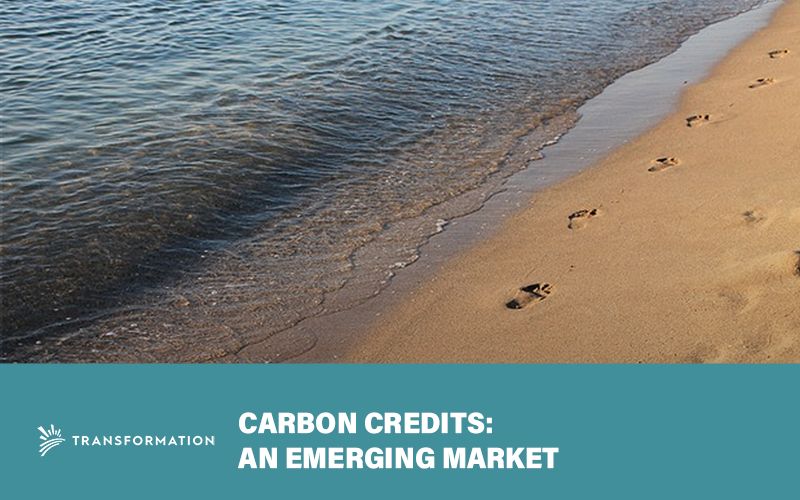 Carbon offsetting by use of carbon credits has been a 21st century staple of corporate efforts to limit carbon emissions in a cost-effective manner. Established in 1997 during the United Nations Framework Convention on Climate Change (UNFCCC), carbon offsetting protocols encouraged businesses towards clean energy in context of impending climate crises while allowing them to utilize lower cost emissions reductions.

Generally preferred by businesses in comparison to carbon taxes, the purchase of carbon credits has allowed for more responsible use of carbon resources for a variety of entities—all with the goal of mitigating unavoidable carbon footprints inherent to any industry. 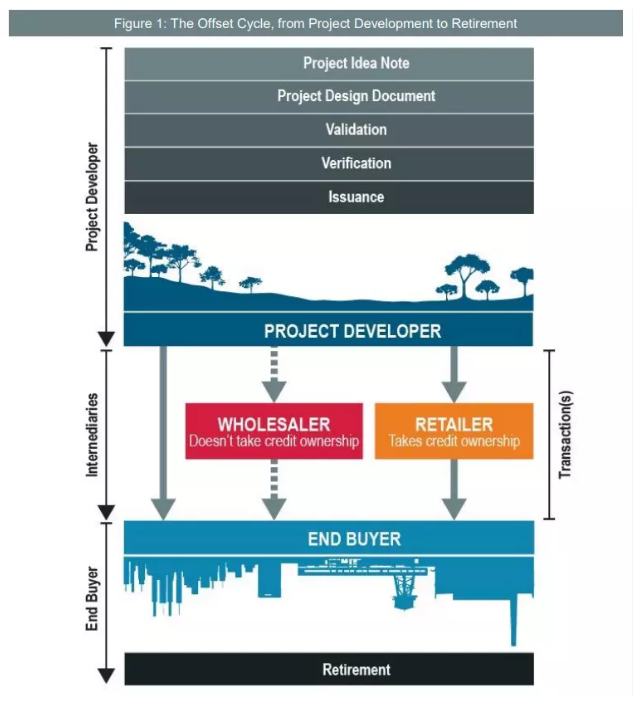 The purchase of carbon credits is tied to the utilization of “cap-and-trade” energy programs; a “cap” sets a limit on an entity’s allowance of emissions and administers fines for those which emit past set limits. The “trade” aspect allows corporations which use less than their allotted emissions to sell the remaining emission rights to other companies whose carbon requirements are higher and who do not have access to renewable forms of energy. Thus, cap-and-trade systems provide a two-fold incentive framework for businesses by acknowledging the necessity of some emissions while rewarding those which utilize more sustainable practices.

With a growing global business interest towards profitable ESG solutions coupled with rapid acceleration of net zero corporate commitments through 2021, engagement with the carbon credit market is poised to expand.  Examining the contemporary role of carbon offsets towards reaching climate milestones as well as the future investment potential for these financial instruments will be an asset to any environmentally-minded investor.

What are Carbon Credits?

Carbon credits are measurable, verifiable permits, purchasable by businesses and individuals alike, which finance climate action projects to offset an entity’s carbon emissions. There are three basic categories of carbon credit: those which reduce carbon emissions, remove emissions altogether (such as by planting or protecting a forest), and avoided emissions of greenhouse gases (GHGs). These categories are differentiated into two groups: Voluntary Emissions Reduction (VER) and Certified Emissions Reduction (CER), the difference being that a third-party certifying body regulates CER but not VER credits. In special cases, some companies go further, buying carbon credits to account for historical emissions, such as Microsoft.

These permits must adhere to a strict set of verification measures by third party agencies like Verra’s Verified Carbon Standard (VCS) or Gold Standard, who review the quality of a project through a board of carbon offset experts. There are also mandatory site visits to climate action projects around the globe to ensure the quality and efficiency of the investment of carbon credits.

One carbon credit roughly amounts to one metric ton of emitted CO2, with the price varying dependent on its source. According to Gold Standard, they and other verified carbon credit entities sell credits on behalf of climate action projects and set a minimum price in tandem with the needs of the project.

Carbon offsets can be purchased from a variety of sources, dependent on the goals of the buyer. Individuals can purchase carbon credits in the realms of air travel or personal energy use to offset their carbon footprints. For example, offset providers such as Sustainable Travel International and Green Mountain Energy open opportunities for individual climate action. However, most carbon credits purchased on the market are through corporations hoping to cover their much larger carbon footprints. Companies the likes of Delta, Alphabet and Disney have purchased millions of carbon credits since 2017.

The onset of the COVID-19 pandemic raised doubt for carbon offset leaders concerned with corporate commitment to carbon goals giving way to protective measures. However, a significantly different market came to fruition. In 2019, Ecosystem Marketplace measured a 78% growth in renewable energy transaction volume (23.8 MtCO2 in 2018 to 42.3 MtCO2e in 2019) with a corresponding 16% decrease in price.

In June 2020, the “Race to Zero” campaign by the UNFCCC to encourage large and small entities to “deliver carbon-neutral pledges by the end of 2021” saw significant interest. Now harboring over 1,300 businesses, the campaign claims to now cover close to 25% of global CO2 emissions. Additionally, the Former Bank of England Governor Mark Carney launched a global taskforce to scale up voluntary carbon markets from their current $300 million to between $50 and $100 billion a year.

While carbon credits offer an innovative solution for companies to improve their carbon footprint in an efficient and profitable manner, promoting accuracy in the measurement of CO2 capture and avoidance is critical to maintaining the validity of the program. It has historically been difficult to analyze precisely how effective a climate action project is in projected vs actual removal or avoiding of emission. When investing in carbon credits, it is crucial to investigate what percentage of money goes towards a companies’ overhead rather than the climate project one is interested in.

The market for carbon credits is also subject to sensitivity to political upset or unexpected events, as recently affected Brazil. In a ProPublica investigation into the barriers to carbon credit success, they found that in one case, a transaction of credits bought by FIFA on Brazilian land was undermined when an indigenous tribe cut down more trees than the credits were valued. However, future projections remain generally optimistic due to strong support and interest from such a breadth of industries.

The future of carbon offset markets is predicted to unfold in response to the growing affordability of renewable energy sources. Developed countries are projected to build and expand direct access to affordable renewable energy, limiting the use of carbon offsets to specific projects. This will open the market for developing countries with the proper infrastructure to engage with the market, a market which often revolved around the protection of their resources. With new investments on the horizon and broad interest in building the carbon credit market to an increased capacity, the carbon credit market will be one to watch as we emerge from a pandemic ridden world to face global climate change.