My Number 1 Concern for Future Generations 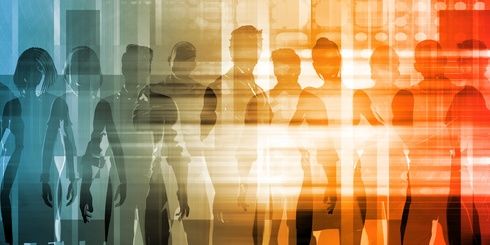 Your first thought may be that, because I have been a renewable energy lawyer or investor for 38 years, my biggest concern for future generations is the health of our planet.  Of course, it is surprising that it has taken 38 years for the human race to start to overcome its denial of the logic of science.

But the bigger concern is more fundamental: the ultimate wisdom for human beings is moral. Call it the science of the soul. There has been a gradual degradation of the moral and spiritual dimension to the point where the Algorithm has become God.

One of the reasons I worry about education today is the erosion of the knowledge of history, religion, and wisdom. I don’t see any emphasis on what I would call the fundamental education of human nature.

I was blessed to have had a Catholic school education growing up, and I believe that a lot of my success in life has been the result of this blessing. It’s not the religious denomination that’s important: it’s that for a child to go to a school where all of the teachers believe that each and every student has an individual soul that will live forever —  that daily truth changes everything that the teachers do and say.

The teachers there are looking upon every child as a sacred trust.  And each teacher is a kind of ultimate trustee to our future generation.

Because of my positive experience with my own profoundly moral education, it took me a long time to realize that there are actually people in the world whose instinctive reaction to someone’s becoming great is to destroy that person.

That’s one of the reasons I was drawn to Milton as a subject for my Yale PhD dissertation. Paradoxically the story of original sin is the story of Satan’s feeling “one-upped” by the true Son of God. Satan was originally an angel high in Heaven, but he fell from grace because he bitterly resented the fact that Jesus was a step ahead of him, and higher in the sight of God. In Paradise Lost the heart of evil is the resentment of superiority.

The Shakespeare play Othello clearly addresses this truth as well:  remember the great soliloquy where evil player Iago says plainly of Othello:  “Oh ! How I do hate the Moor !” Iago hated that Othello had managed to rise through the ranks despite his mixed ethnic heritage. But Othello was successful because of his extraordinary talent, which caused his Chief Lieutenant Iago to secretly hate him with passion.

Why this decline is happening

The main reason is likely that recent generations are forced to learn more and more technical (“STEM”) skills than ever before, leaving less time for classic teachings. If you look at any of the job search websites today, over 90 percent of the jobs that are available require highly technical knowledge. Even the average marketing job is now digital marketing. Teaching technical skills is important, but in the process, let’s not lose our humanity, or the soul of our future generations.

The Consequence is Failure in Leadership

Ultimately, the lack of moral fundamentals in education has its effect on the quality of leadership. My biggest concern about the future is the difficulty of producing leaders rooted in all of the fundamentals of leadership.  And if someone miraculously has all of these qualities, are people going to recognize the true leaders?

It’s a sad consolation that somehow the human race seems to muddle through all its challenges, often on the verge of failure.  This time, facing all the implications of climate change, education and leadership, all at the same time, will be like solving a simultaneous equation !

Walter Schindler
Dr. Walter Leo Schindler is a lawyer, investor, entrepreneur, strategic advisor and project developer internationally recognized as one of the US pioneers of sustainable impact investment. Walter has won more international awards for his sustainable investment vision and game-changing achievements than any other American.
Next post