The North American landscape bears the scars of glacial movements spanning millennia, carving the vast plains of central United States and deep valleys and moraines of Canada. Glaciers have played an inestimable role in North American geological history, a pattern which remains true to this day.

However, glacial movements occurring today are accelerated by warming climate temperatures, and large melts are occurring at undocumented rates. These ongoing processes are not only straining the ecological landscape, but the investment landscape as well. Investigating the relationship between climate change and Canadian glacial recession reinforces the importance of investing in the future of such irreplaceable resources through ESG initiatives.

Canadian glaciers make up around 20% of the Earth’s glacier ice-volume (excluding Antarctic and Greenland continental ice sheets). These glaciers come in a variety of forms, including icefields, ice caps and mountain glaciers which occupy approximately 200,000 square kilometers in its entirety. In simpler terms, glaciers are a key ecological aspect of the Canadian environment.

Unfortunately, in the context of global warming and climate change, the prominence of glaciers presents a precarious feedback cycle. Warm temperatures, extending through traditionally cold seasons, melt the snow which cover the glaciers while simultaneously warming ground level rivers at the glacial base.

Loss of reflectivity from the snow, also referred to as the Albedo Effect, removes a critical protective layer from the glacial face, exposing it to warming temperatures. This in turn expedites glacial melting even further, with warm runoff water weakening ice structures and threatening the integrity of the entire glacier. This context makes the current data surrounding Canadian glacial recession even more harrowing.

As outlined in the 2019 Canadian Climate Change Report, the speed of this change has been attributed to “Arctic Amplification”. Ice structures residing on coastlines also fall victim to climate change related feedback mechanisms. When ice melts into the darker ocean, it reduces the volume of reflective surfaces and feeds the darker, heat absorbing ocean. In turn, concentrated regions experience even greater accelerated rates of melting. 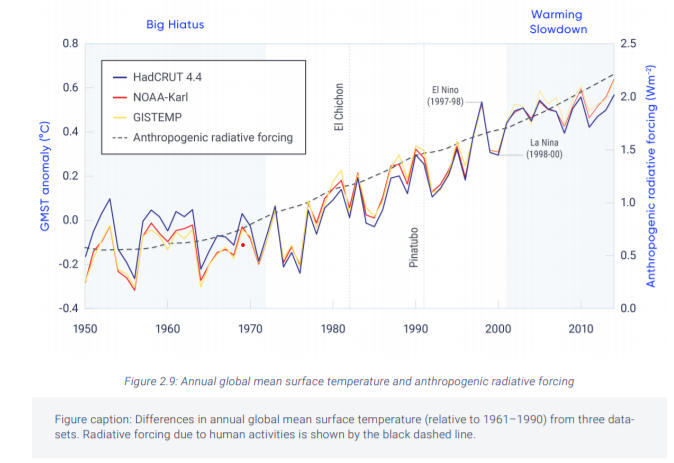 Containing more than 300 marine-terminating glaciers, the Canadian Arctic Archipelago stands as the 3rd largest contributor to Arctic sea level rise (not including the continental Arctic and Greenland). Between 1950 and 2015, glacial scientists measured a five-fold acceleration of glacial recession shared between the Queen Elizabeth Islands (QEI) and Bylot & Baffin Islands (BBI) glaciers. In the span of a decade alone rates of loss rapidly increased; In the QEI, losses in 2004-2006 (~31 gigatons (gt) per year) increased to ~92 Gt per year, and in the BBI increasing from 11.1 Gt per year to 23.8 Gt per year. These glacial losses have been attributed to undocumented warming of the surrounding oceanic bodies. However, another important mechanism at work comes from the shift in ice dynamics 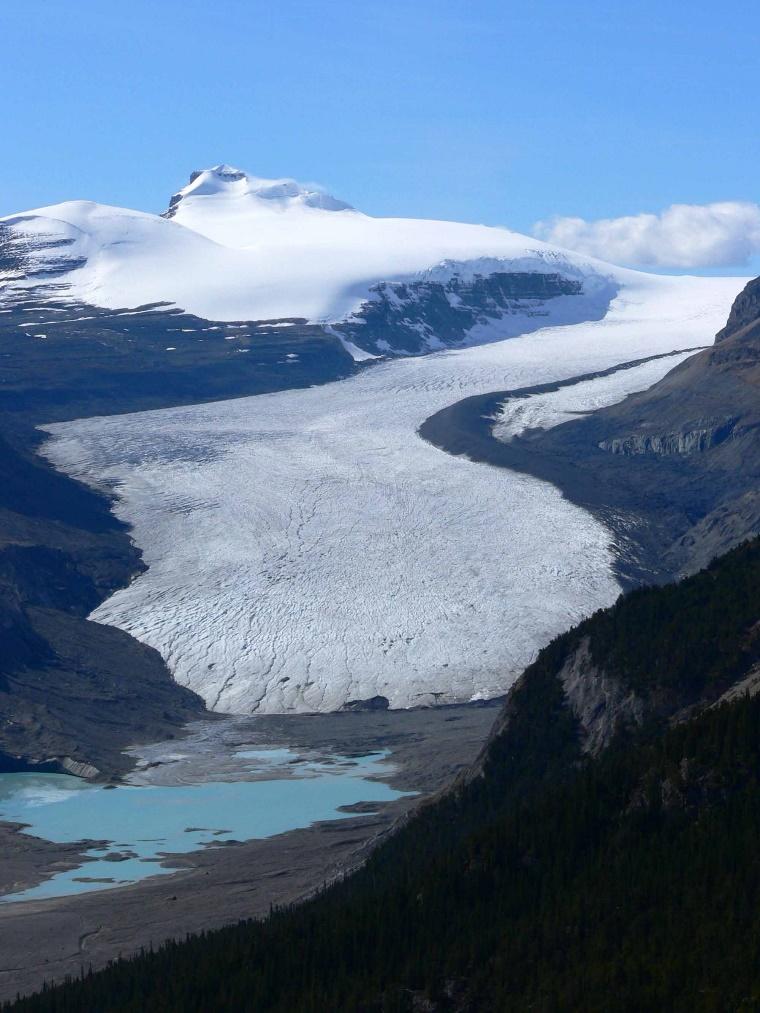 (Saskatchewan Glacier via The Canadian Encyclopedia)

Glacial melting leads to increased water runoff atop the ice structures. When this runoff hits a critical speed and volume, it changes the internal dynamics of the ice structure itself, increasing the probability of structural collapse. While these findings are daunting, new research allows for time and innovation to take hold before irreparable damage.

In a study led by researchers at the University of Northern British Columbia, it was found that glaciers in Canada’s Columbia River Basin are an averaged 38% thicker than previously predicted. Retrieving data of this kind is critical for several reasons. First, it allows climate scientists to more accurately predict future variables which are potentially destructive. In doing so, these measurements strengthen climate action projects towards glaciers—and their potential as carbon credit offset programs for global industries.

This article series has covered a variety of glacial contexts, but one element transcends the geographical distance—the indispensable role of glaciers upon the stability of local and global environments. While the speed with which glaciers are responding to climate change presents a formidable challenge for investors, the potential costs of current trends continuing uninterrupted suggest facing the challenge is inevitable. When considering where to invest towards sustainability, remember that lush, carbon capturing vegetative landscape has an equally important counterpart—the still, icy tundra which house our world’s glaciers.

(The Belcher Glacier via The Canadian Encyclopedia)