Scientists recognize the integral role of glaciers in the ecosystems they reside in. Learn how these grand monuments affect the world around them. 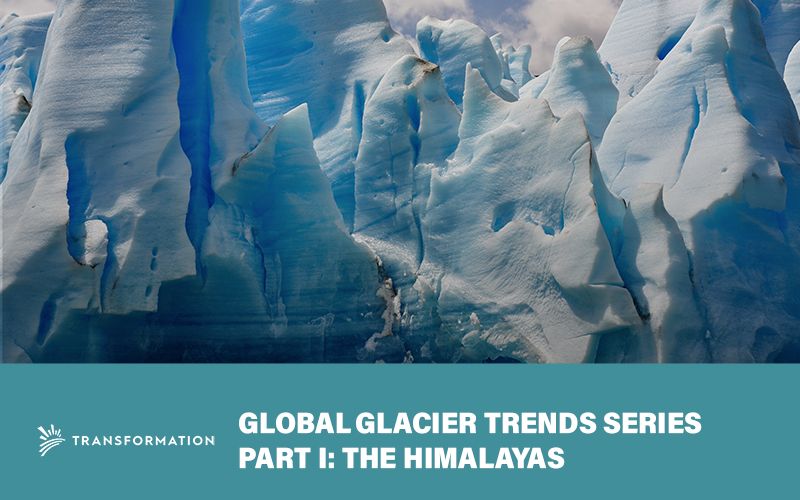 Scientists have long recognized the integral role of glaciers in the ecosystems they reside in. Their historical stability allows scientists to explore atmosphere compositions thousands of years in the past and altogether harbor an estimated 69% of the Earth’s fresh water supply. For many of the communities examined in this series, glaciers function as various communities’ primary source of drinking water and irrigation.

Overtime, this deep cultural connection led to business and community life infrastructures built around these structures. From a wide lens, glaciers are critical indicators of climate health due to their sensitivity to temperature and precipitation changes. Trends vary based on a glacier’s altitude and size, as well as proximity to and use by humans unique to each region. Himalayan glaciers are a unique example, as although they are rarely directly influenced by human development, they are responding sensitively to climate events year after year.

On February 7th 2021, a large Himalayan glacier broke in the northern Indian state of Uttarakhand, causing large scale destruction to local lives and power projects along the Alaknanda river. The Rishiganga power project was the first unfortunate casualty of this event, with the current number of missing or injured rising past 120 in the days since the incident.

Other water and power projects have also been placed in a precarious position, including four hydropower units (valued at around 520 Mw of regional energy) and various smaller ventures. The region is no stranger to floods, with floods following heavy rainfall in 2013 killing thousands and destroying entire communities. However, the Joshimath Glacier broke in the middle of winter, signaling to scientists that climate change may be a factor in disrupted natural patterns. With nineteen glaciers presiding in the region, large scale environmental disruption via climate change could render current energy project evaluation and management obsolete.

While the scale of the recent devastation came as a surprise, years of reports have confirmed the growing fragility of glacial ecosystems in the Himalayas. In June of 2019, a study by researchers at the Wadia Institute of Himalayan Geology showed a significant recession of Himalayan glacial ice for the past 37 years. The findings also demonstrate that during that period, 26 square kilometers of glacial ice receded at unprecedented and undocumented rates of glacial ice loss since the 1990s.

The same study notes a positive relationship between glacial height and melting rate: as elevation rises, the rate and breadth of ice loss increases correspondingly. While the researchers stipulate that more studies must be conducted before drawing concrete conclusions, the emerging patterns in Himalayan glacial fragility at the very least signify a call to attention by public and private entities alike.

India’s northern neighbor, Bhutan, has been facing its own glacial recession to such an extent that it has garnered international attention. The area renowned for its quiet, ancient landscape has been the subject of numerous climate change studies on glacial recession, with foreboding results for the future of the region. Although local communities leave the mountains and glacial lakes untouched, anthropogenic contribution to global climate change is taking its toll on the sanctity of the landscape.

According to Bhutan’s National Center for Hydrology and Meteorology, of 2,674 glacial lakes, 17 are categorized as dangerous due to rapid acceleration of melts. Not only do the melts cause flooding like those of the Indian glaciers, but with more than 70% of Bhutan settlements residing on riverbanks, the potential economic and community loss is staggering and of great concern to officials in the region.

In a November 2020 study of two of Bhutan’s prominent glaciers, Ganju La and Thana, significant surface area has been lost between 2004 and 2019. According to findings, Ganju La has receded at an average rate of 11.4 meters per year and has lost 27.6% of its initial surface area.  According to researcher Toeb Karma, that loss amounts to around 5,000 tonnes of water, placing heavy ecological pressure on riverbeds. The Thana glacier recorded similarly dismal findings, having lost 28.6% of its surface area, retreating 726 meters from 1980 to 2020.

The crises affecting Bhutan and the Indian region of Uttarakhand are reminders of our collective responsibility towards small isolated cultural havens suffering from the consequences of man-driven climate change. For example, Bhutan is one of the only carbon negative countries in the world, yet as shown in the examples of the Ganju La and Thana glaciers, residents suffer from unsustainable practices of nations thousands of miles away.

Alleviating negative glacial trends such as these also reinforces the concept of environmental justice around the world by fostering equitable access to environmental stability regardless of proximity. Sustainable investments focused towards mitigating climate change’s effects on glaciers address both environmental sustainability and justice, making them uniquely powerful avenues towards meeting global climate change goals.

In the next series installation, European glacier systems will be examined in their local and regional prominence through current data and predicted trajectories.